by Matthew Russell - Posted 2 years ago

As many of you Vigilantes know , Star Wars Chapter 9 The Rise of Skywalker drops today. I have already had my tickets for a while now. I am so excited for this momentous occasion.

I have seen every episode in theaters, granted the first trilogy came out before I was born, but I got to watch them as re-releases for a special event before the Episode 1 came out. 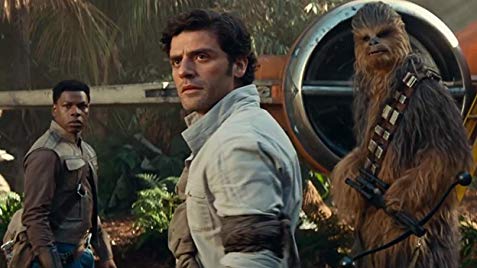 While you’re waiting in line at the theaters for your seats, I wanted to drop a little Skywalker level knowledge on you by presenting you with 50 little known facts about the Star Wars Universe.

Reinventing the Comic Book Experience by Empowering Creators and Fans with a FREE Market for Everyone's comics. Come join the revolution!

Copyright © 2018 - 2022 CryptoComics.com. Software and Design by: apogeeINVENT
All Rights Reserved. All content (art and story lines) is owned by it's respective companies/creators.
We are an uncensored Marketplace built for the Creators of picture story based content and artwork, and strive to be a champion for the creator and the buyer. If it isn't illegal we allow it, and we are dedicated to letting natural market forces dictate content and price. The views and content of those Creators who publish on our website are their own and not necessarily that of CryptoComics Marketplace or its' affiliates.
LEGAL DOCUMENTATION
Terms | Privacy | Login | Community Guidelines  | Code of Conduct  | Copyright Policy  | Publishing Terms  | Referral Program  | Payments and Commissions  | Data Processing