by Matt Russell - Posted 6 months ago 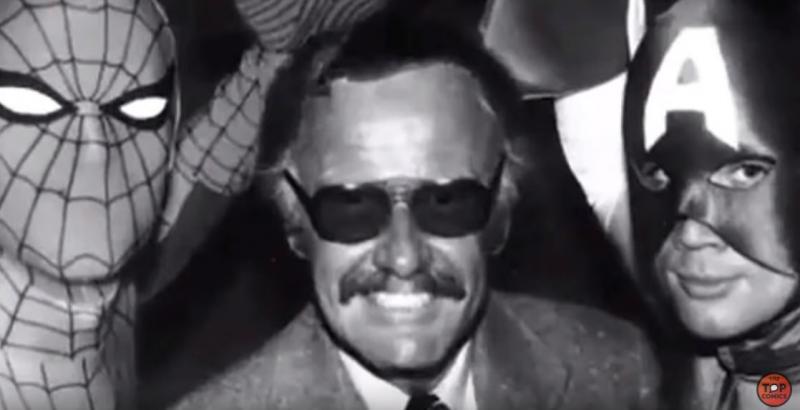 Hello my Vigilante Nation. Once again I wanted to turn this hallowed section over to another. Many of you have questioned if my household was a strictly “comic house”. The answer is an emphatic YES! This article should prove it.

My wife (Genny) is a college student. She is 1 semester from graduation, and going strong. While attending ISU (Idaho State University) she took an English class. As a writer, I couldn’t be more proud...or so I thought.

She had to write an article of her choosing and she took on a subject so close to our hearts...comics. My heart skipped a beat or two. I wanted to present the article to you so you can see that we truly believe in giving credit where credit is due. 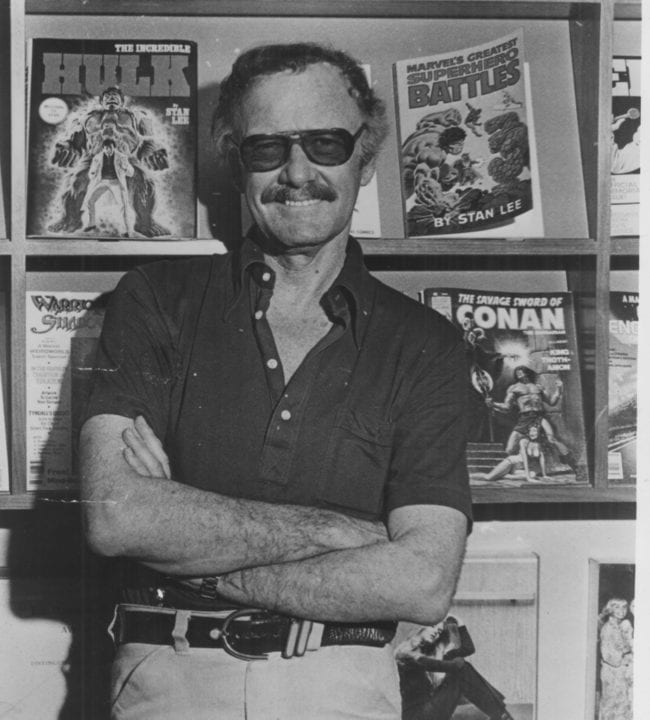 Without further ado, I present…

Anyone who has ever picked up a comic book or watched a Marvel movie knows who Stan Lee is. The man was a legend in the industry and inspired people of all ages to let their imagination run wild, from toddlers wearing Huggies to the seniors wearing Depends , and any age in between. There are so many people who became fans of Marvel characters due to the recent live action movies hitting the big screens.

These movies are so action packed that it they lure in new fans who are not really interested in the comic books. Stan Lee has been associated with, and often recognized as, the creator of Captain America, Spiderman, and the Hulk, among others. However, many of these characters Stan Lee is known for creating within the Marvel Universe were not solely his composition. 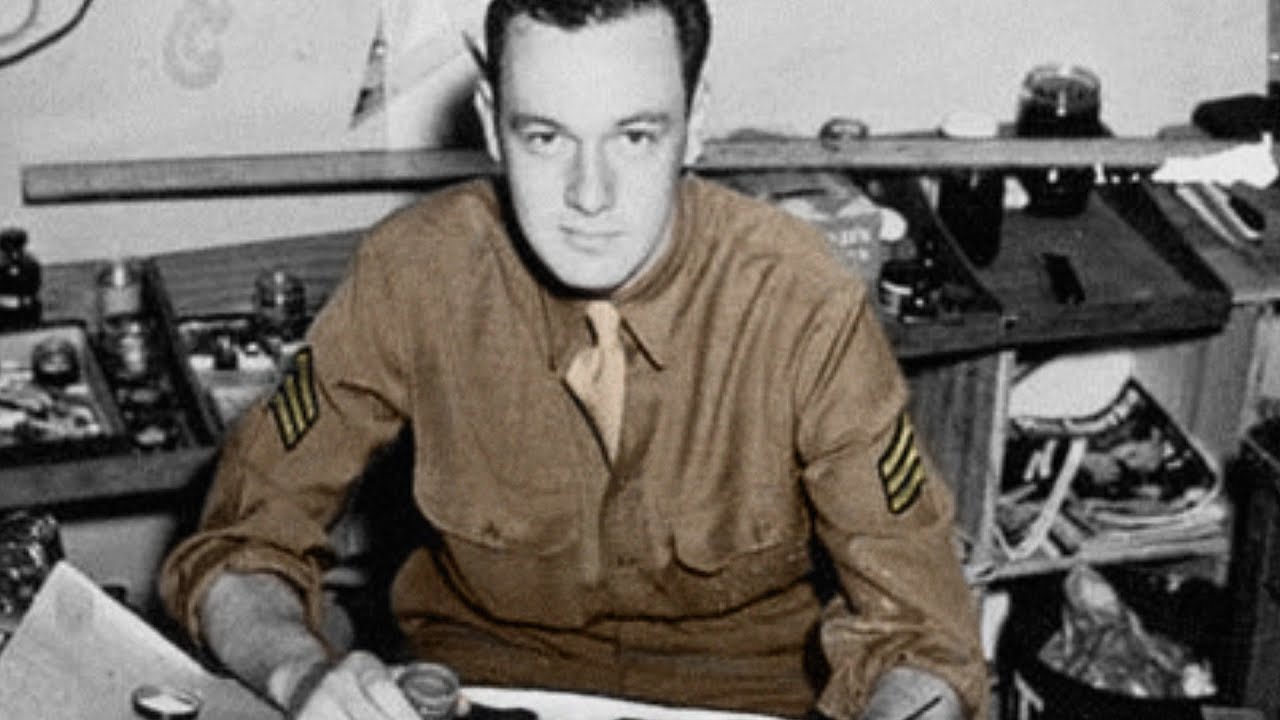 Even though the man was an exceptionally talented writer I will boldly say, Stan Lee should not get as much credit as he has been granted. After all, Stan Lee was the writer, not the artist. One job is just as important as the other, and comic books are a perfect example of teamwork. In order to gain more perspective and information supporting my gutsy claim, I began researching Stan Lee.

Before beginning my research, I knew there would be an overwhelming number of articles and interviews about him and his legacy. Sure enough, I found countless articles praising Stan Lee for his creations and being the mastermind behind them.

However, it didn’t take long before I began seeing the names of the artists that drew these characters. Once I knew what names to research further, it was simple to find articles supporting my thoughts in that the artists and the writers should receive equal credit for their work on these comics. Before I get too much into the argument as to where credit is due, I am going to start from the beginning of Stan Lee, and explain some background on the industry.

Stan Lee, born Stanley Martin Leiber began his career “almost immediately after graduating…high school, he…(was) a writer, editor, and art director in a publishing industry just one cultural rung above pornography: comic books” (Ackerman, 2018, para.1). I found this statement somewhat amusing but very true, because when comics first appeared in the 1930’s they did not hold much respect, being considered “low culture” and “suitable only for young minds” (Raphael, 2007, p. 14).

At that time the art and language were comparable to the comic strips seen in newspapers. So, in an attempt at appealing to an older, more mature audience, the industry began pushing the limits by adding violence, blood, and gore (Raphael, 2007, p.16). Cool, right? No, they took things too far which resulted in massive protests, and in turn reinforced the poor reputation of comic books.

This is when the Comics Code was adopted to “appease parents and legislators” (Raphael, 2007, p.15). The Comic Code can basically be described as rules and regulations as to what can or cannot be in a comic book. The industry was suffering yet again, so they needed to do something to revamp their image: create new characters and new story lines. This is when Jack Kirby comes into the picture. 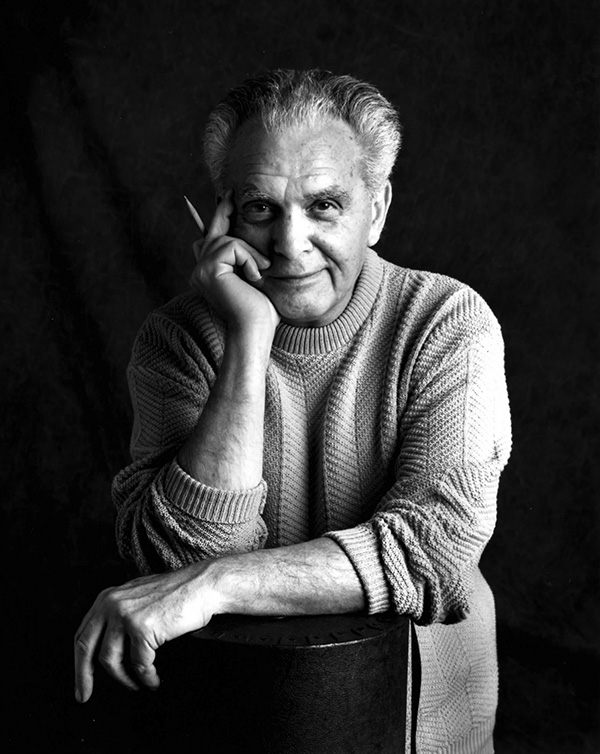 Jack Kirby was an artist at Atlas Comics, a precursor to Marvel Comics. I was unable to determine an exact year, but it was in the early 60’s that many of these new superhero’s were born, or revamped. A writer for The New York Observer by the name of F. Crit Hulk (2018) compared the relationship of Stan Lee and Jack Kirby to that of Paul McCartney and John Lennon. Crit Hulk (2018) implied we cannot simply talk about the life of one man without mention of the other since a large part of their success was mutual teamwork (p. 2). 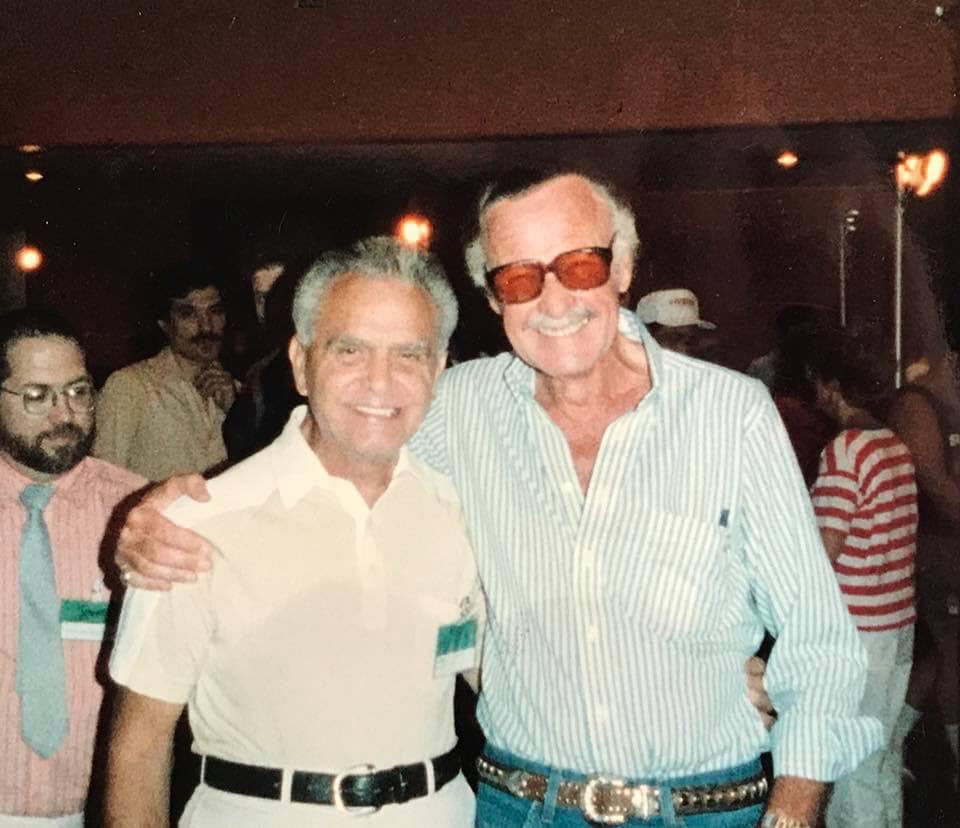 It was stated that Stan Lee would come up with some basic concepts, then invite artists like Jack Kirby into his office to collaborate and expand on those thoughts and ideas. While doing so, there would be a lot of back and forth, throwing out various ideas before coming to a workable character (Weldon, G. & Martin, R. 2018, lines 16 – 22).

“Often in situations of creative collaboration, …you can’t even remember who did what, you are just trying to evolve endless ideas into coherent good ones” (Crit Hulk, 2018, p. 3). The artists would then go to sketch out the ideas, costumes, backgrounds from the collaboration. When they were done, Stan Lee would fill in the dialogue of the story (Crit Hulk, p. 3). Obviously, there was a far more that goes into the process, but this sums it up in a nutshell.

One specific character was always the pride and joy of Jack Kirby, Captain America whose burly stature somewhat mirrored that of his own. I discovered in the article by Crit Hulk that Kirby served in the military during WWII, freeing captives in concentration camps and stayed on the ground at Omaha Beach weeks after D-Day (p. 2).

Was this all just a coincidence or did Kirby model Captain America as a pumped-up version of himself? Perhaps this is the reason he put so much heart and soul into the character. Few would argue that it probably wasn’t Stan Lee’s imagination that mirrored the likeness of Kirby and Captain America; it was likely done by Kirby himself.

So why does Stan Lee seem to get the credit?

Okay, so Captain America is just one character, what about Spiderman? Well, The Columbia Electronic Encyclopedia (2019) says Spiderman was Stan Lee’s idea, but he then handed it over to Steve Ditko to develop (para. 1). 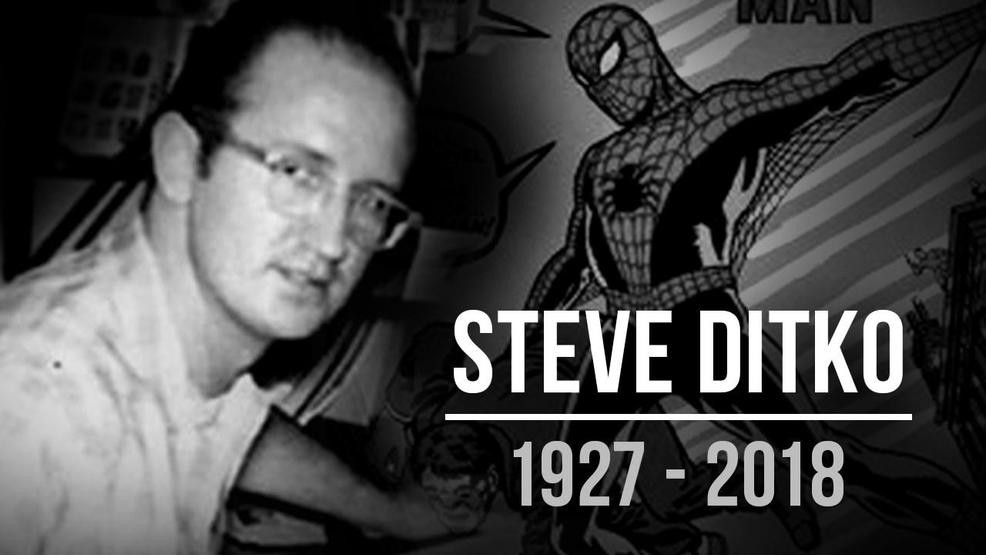 Steve Ditko is another artist known for his work with Stan Lee. In fact, during a radio interview with Talk of the Nation (2010), Stan Lee is discussing his new book set to come out later that year titled Stan Lee’s How to Draw Comics when the host pointedly asks, "Stan, you've done a lot of things in your life. As far as I know, you've never drawn a comic.” To which Lee replies, “No. You know, I did draw in the army. I drew posters for the army. And -- but when I got back to the civilian life, I saw how talented the artists were that were doing those comics. And I wasn't about to try to compete with them, so I stuck with writing” (Lines 145 – 150). You see, both Jack Kirby and Steve Ditko brought as much to the table as Stan Lee did and they should all be receiving equal praise. 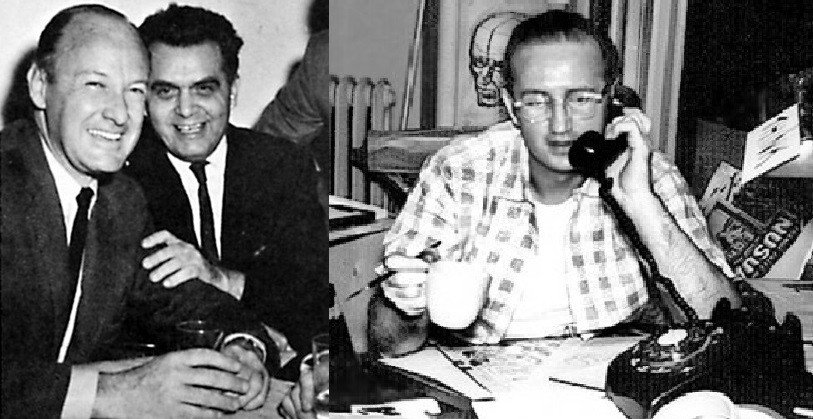 From the point of revamp, the comic book industry began rising from the ashes and building a better reputation. During the radio interview with Talk of the Nation (2010), Lee said,

“ It was really great when we… elaborate(d) our vocabulary and we tried to get some personality in our characters and concentrate on characterization. And slowly, the mail started changing. Originally, our fan mail was written in crayon. After a while, we'd get letters written in pencil, then in ink. Then we'd start getting typewritten letters. I mean, I could tell that the audience is getting older and smarter and that was very exciting to me” (lines 51 – 57).

The man once known as Stanley Lieber embraced an alternate identity as his fame grew and simply became known as Stan Lee. From that point on, Stan Lee was everywhere. He was involved in numerous interviews, public appearances, and comic conventions. Then as the industry grew even more, these beloved superheroes that we had grown to love picked up momentum and became part of pop culture by hitting the big screens.

Stan Lee’s face was now recognizable to most people in the general public and he was known to make small cameo appearances in the Marvel pictures, usually in some comical sort of way. As a moviegoer, I would watch intently, waiting for him to appear. We would get excited when he was spotted and tell my kids, “that was Stan Lee!” But why was it him making all the cameo appearances? This is really a simple explanation, it was sort of by default.

Steve Ditko? Well, he left Marvel in 1966 after a bit of falling out with Stan Lee (Crit Hulk, 2018, para 18). Sadly, all of this was prior to the characters being seen in a full length, live action motion picture, and making such an impact on pop culture. So naturally Marvel would utilize a name and face that is still living and associated with the company; Stan Lee.

I have concluded that Stan Lee became so well-known due to the sheer number of characters he had a hand in creating with these artists. As I mentioned before, there were more than one artist, but Stan Lee was the most prominent writer at Marvel for several decades.

I believe Stan Lee’s recognition is in part due to the timing of when Ditko and Kirby worked for Marvel versus when comic books became socially acceptable reading material. Comics have come a long way in the last 40 years when they were considered anything but cool. Over the years, there have been many debates as to who actually created all these superheroes.

I am not arguing either way, because I feel it was a team effort. Ditko and Kirby were amazing artists who visually drafted these characters while Lee’s showmanship made them famous. “Contrary to his media-created image, Lee's greatest achievement wasn't in superhero invention but in his clever reworking of an outdated genre” (Raphael, 2007, p. 52).

Obviously, it takes many minds and many hands to create a masterpiece, and I firmly believe it was the team work because the effort of an artist needs a writer to be successful, and vice versa.