Blockchain and Comics: How do they relate

Welcome, my innovative comic enthusiast (ie, my Vigilante Nation). Today I wanted to throw a little knowledge at yall. Our good friend Jared has been talking with a bunch of you and came up with a small trinket of truth; most of you aren’t aware of what the blockchain is.

When he would talk to our users, they all seemed to understand what we are doing; selling a set amount of digital assets (comics, artbooks) that manage to retain their value online, residual income for creators, a platform where anyone can be a creator. When we say that we are doing this based on blockchain technology, that is when we get the look. “I don’t know what that is, but if you say that’s a good thing…”

As much as we appreciate that level of trust from you, you need to know what it is in order to fully benefit from it.

Typically a database is a simple thing. You have been keeping them, and interacting with them without even knowing it.

Every website is on a single database. Somewhere there is a server that has a folder. Everything about that website is inside that folder. Through the use of DNS servers (Domain Name Servers), we know where the files are located and how to access them.

On a much smaller scale, it is the same as your hard drive on your computer. There is a book report that you have saved on a flash drive. You open up your documents folder, navigate to the flash drive and to the book report. 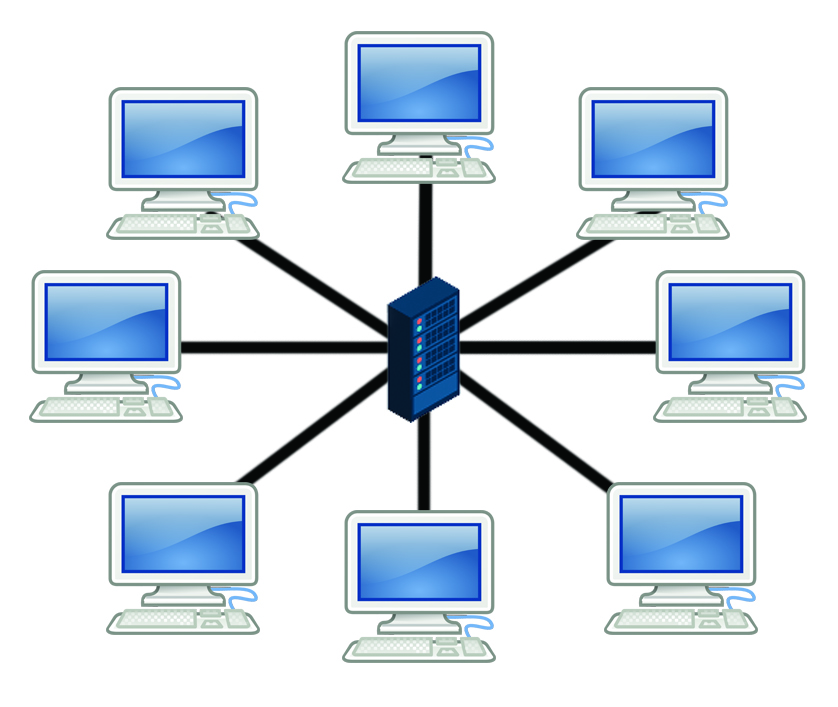 As you can see from the image above, the server sits out on the internet and all the different computers access the same server. This is commonly known as a “Centralized Database.”

With blockchain technology, it gets a little more in-depth. This time everyone gets a copy of the database. It exists on all of the computers that are connected to that network.

To put it in “Human Language”, basically everyone using the CryptoComics Marketplace gets a copy of the database. They are all talking to each other to make sure that everything is working correctly and that everything is “above-board”. 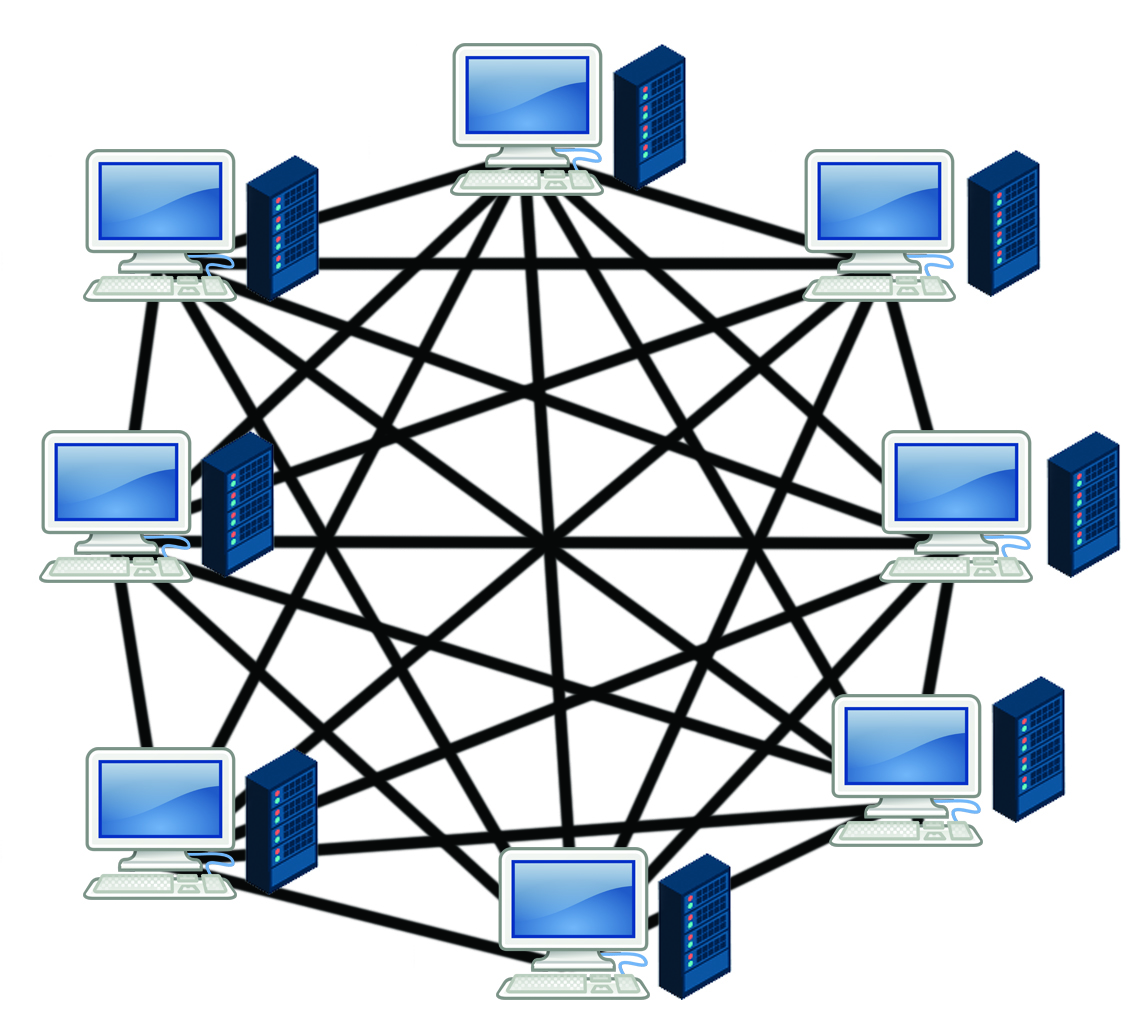 As in the above image, the database is tied to all the computers that use the network. This is known as a “Distributed Database.”

This doesn’t affect how you would interact with the website. In fact, it acts just like a regular website or platform. There is the typical Home page, there is an About page. The Contact page is the same as it normally would be.

As an end-user (you), nothing is different.

There are still User privileges with a hierarchy much like with any other site; some users may only access information (comics), others have the ability to create content (comics), there are Admin privileges that allow us to create and maintain the site. This is the same as most social networks such as Facebook.

Security with the database 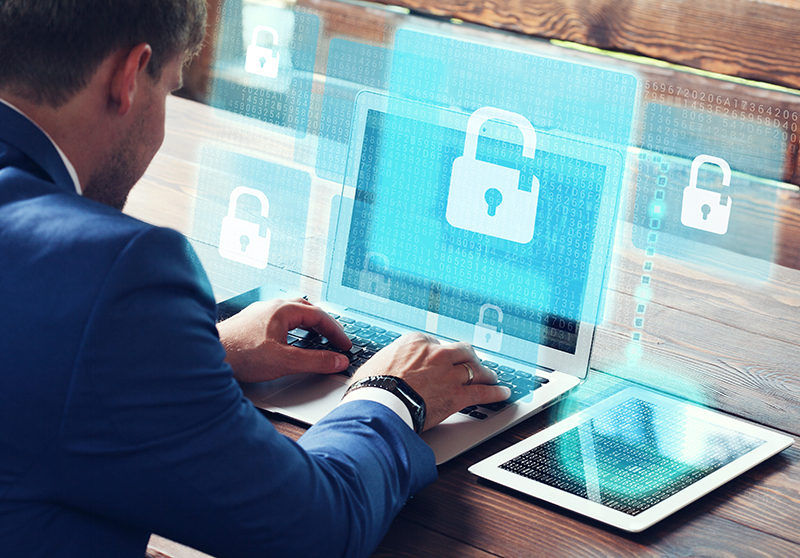 What happens if someone is able to trick the database into thinking that they have some admin privileges. They would only have to change the site once, and everyone that connects to that database would see the changes.

To put it bluntly, if someone gets inside the database, they can change whatever they wanted. This means credit card numbers leaked, user data exposes, or the entire site being highjacked and held at ransom. Basically any number of hacks that you would find on the news.

With a single database, humans are the largest threat. I am not talking about outside forces, but those that work with the database. Often times, minor things are overlooked.

In the UK in 2017 the major concern was securing the main computers that house medical records. Because there was so much emphasis placed on this (as there should be) that no one was thinking about the medical equipment.

By hacking into MRI machines, X-Rays, and so on, infiltrators were able to “worm” their way into hospital records. Luckily this did not result in anyone’s death but think of the possibilities.

With the blockchain, since everyone has a copy of the database, all the computers connected to the blockchain have to agree on any single change. I’m not saying that it is “full-proof”, but it is much more secure.

Humans are no longer the final arbiter between exchanges over the internet. By removing the human factor, you remove some risk.

And when it comes to comics… 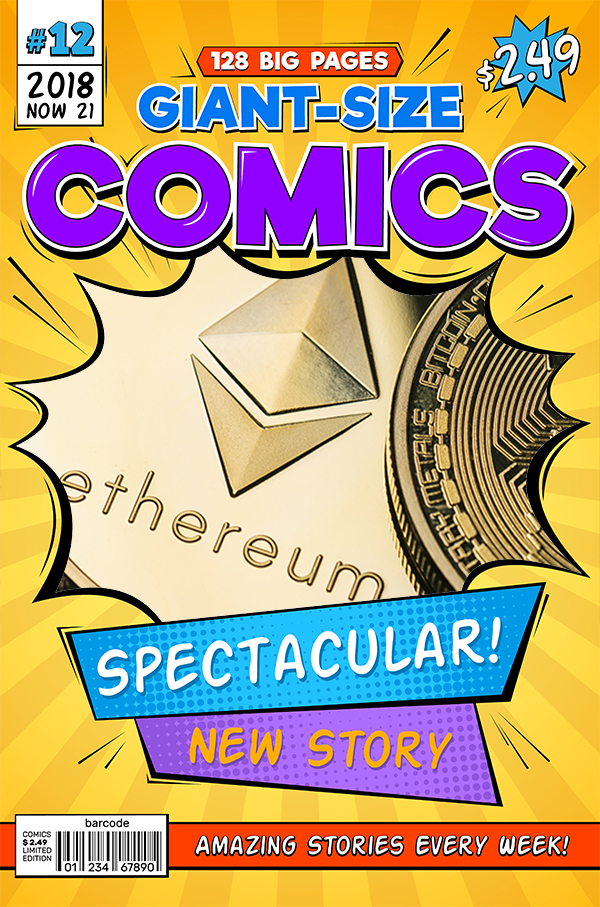 When I explain this to people, I often get questionable looks.

“So, since the entire database sits on my computer, will I have enough room to use it for other things?” “If everything is stored on my computer already, why do I need to buy it? Couldn’t I just read it if I already have it?”

Let’s tackle this one at a time. If you were to store the entire “blockchain” on your computer, as of Feb of 2018 it would be approximately 157.7 GB. This is according to blocksplain.com. It would have grown considerably since then.

Luckily, you are not storing everything on your computer, phone, or tablet. There would realistically not be enough room on each individual device. I would be pissed off if I tried to buy my first comic and there wasn’t enough room on my tablet to even open it.

Fear not. All that you are storing on your device is a basic ledger. This is a small file. Most of you won’t even realize it’s there. With the blockchain, the ledger is POWERFUL but tiny.

Look at that little ledger, so itty bitty and cute just sitting there, being all adorable and cuddly. Crap, I forgot you were still there. Sorry. Back to business.

Anyway, that ledger shows everyone who owns what, and what users have access to what. The interaction between buyer and seller is known as a smart contract. This dictates who buys what and for how much.

One of the great things about Ethereum is that smart contracts are public. This means that anyone can see what anyone can see behind the scenes. Who gets paid what and how much. Don’t worry, instead of user names, it uses wallet addresses.

A wallet address is impossible to look at and tell who is who. They are far more difficult to read than an IP address. This is an example of one I found online; 0x0472ec0185ebb8202f3d4ddb0226998889663cf2 Good luck remembering that this is Bob from down the street.

Your anonymity is pretty secure by using blockchain. That probably explains why it is so common on the “dark web”.

So, you go onto the network, you sign in to your wallet, and buy a comic. This will allow you to own that comic. The true definition of really owning something is the ability to sell it. Our system allows you to sell it without the worry of damage to the product.

Think about it, no more bent corners. Staples don’t pull out. Your kids can’t draw on it. No more spending extra money on the bags and boards to protect it. Everything stays Mint!

Come back again as we dive a little further into the amazing uses of blockchain technology and how it affects the future of comics. Until then, check out some of the best comics out there and jump into our ever-expanding library.