What is Comicsgate and how has it effected the comic landscape

by Matt Russell - Posted 6 days ago 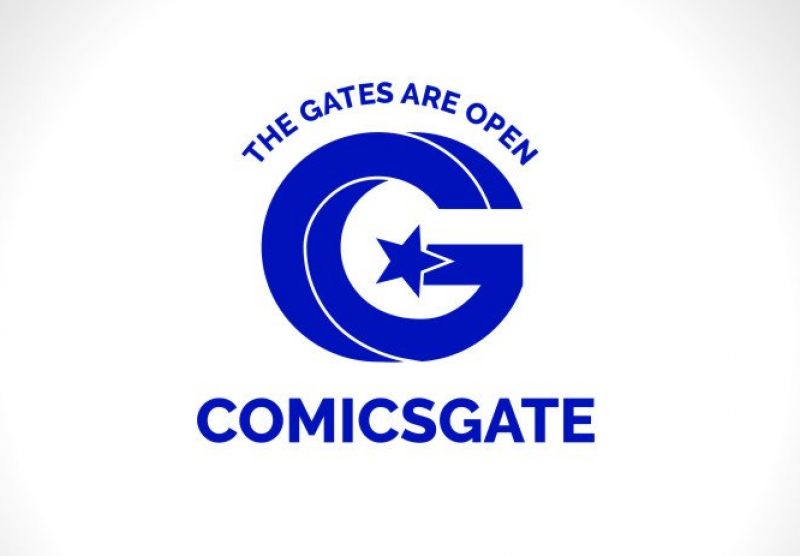 Oh, how us Vigilanties love us some diversity talk. Some think that it is the greatest thing in the world bringing the world closer together. Others hate it with the passions of a thousand dying suns.

I started to write an editorial on the current landscape of comics and kept circling back to the infamous Comicsgate. So, let’s take a deep dive in and see exactly what we are talking about.

I have been asked to stay away from this subject, but it’s time we tackle this head-on. I just hope I can stay out of my own way on this topic.

I’m going to take all the political “feeling” out of the mix and take a hard look at the state of the industry to see if Comicsgate will save the industry from an untimely death or else be the “Do Not Resuscitate Order” that some fear?

I am trying to write this article with an open mind. I do have some feelings on the subject but I am desperately trying to keep them out of this. I will not sugar coat anything, nor will I only present evidence that supports my personal beliefs.

I will present to you both sides on the matter with an open mind. This way, you can decide for yourself how you feel. Some of you will automatically decide that I am either a bully or a spokesman for or against your personal cause. I am not! I will only give you the evidence and leave it at that.

We all have freedom of speech. You may say what you like in response to this article. Please don’t get offended, but if you must, I hope that you will be respectful about it. Present any evidence for or against my arguments in a fashion that creates a dialog, not hate.

And now, on with the show…

What is it? This was a pretty hefty platform for change. It was 3 fold;

All-in-all, this could very well be a great thing, but let’s see. Having a more diverse staff with different ideas and backgrounds, having a supportive staff that is sensitive to the needs and wants of others.

Let’s take everything apart, step-by-step. Who decides the Progressive Politics? Politics in comics have been around since the beginning. The 2 industries merged around World War II and haven’t distanced themselves since.

Back then it was pretty straight forward; Captain America and Superman alike would promote buying war bonds. They would help unify us and bring a strange insight into the happenings of the world for kids. They would entertain soldiers.

Now we have Right-wing agendas, left-wing agendas, Far-right, Far-left, Conservative, Independent, Democrats, Republican, Constitutionalist, the Tea Party Movement, and so so many more. What party lines do the comics follow now?

If I write a story about a same-sex couple, I might piss off the conservative party. If I do a political comic about how American politics are leaning towards Marxism and have an “All-American” hero (think a Captain America type character that I would own the rights to), the Far-Left would be up-in-arms.

So what political agenda does the comics follow, as a comic series, as a company, as an industry? I guess, you have to please the most vocal otherwise you will get shunned out of the industry. It feels like there isn't room to have a personal opinion, unless it follows the majority. I keep thinking about Captain America's speech to Spider-Man from Civil War and how it can't apply anymore. 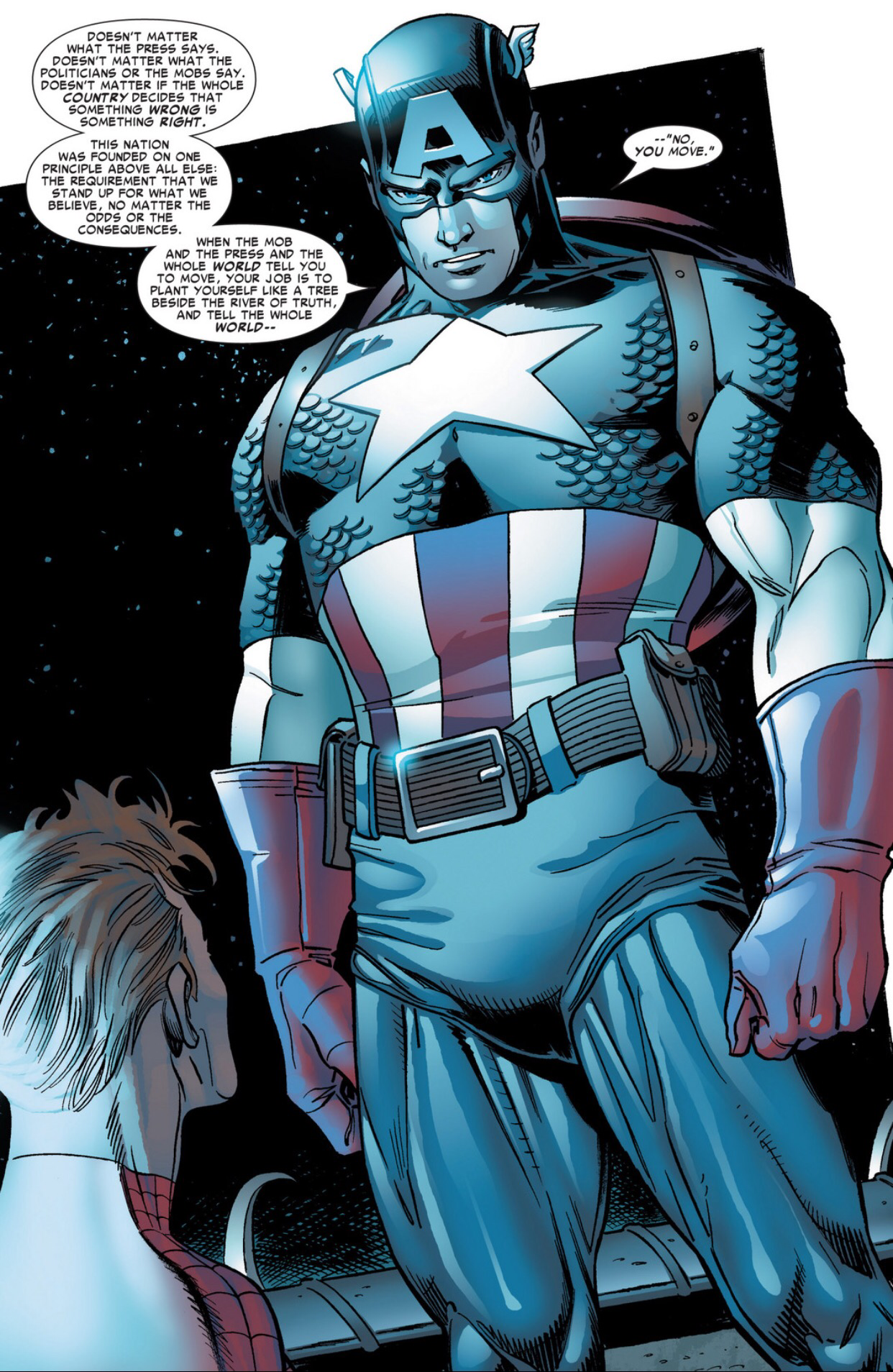 Hiring of Individuals in a minority group

As a member of a minority group, I can see the merits of this. This is nothing new. Affirmative Action laws were passed back in 1961 when President John F. Kennedy signed Executive Order 10925, ordering that federally funded projects “take affirmative action to ensure that applicants are employed, and employees are treated during employment, without regard to their race, creed, color, or national origin.

We are just extending this to all minority groups...right?

Although technically there are no official Federal Laws pertaining to the LGBTQ community, I look at it as there is no difference between them and any other person.

Side note: I am a teacher. I had a student that was struggling in class. I pulled him aside and asked him what is wrong? He told me, “You don’t want to know.” I told him that if something was bothering him, I might be able to help.

He then proceeded to tell me that he was gay. It was the way he told me that made me think for a second. It was like he was trying to enlist some major reaction out of me; his tone, mannerisms, all of that told me that he wanted a big reaction. When I didn’t give one, he acted offended.

I told him that it didn’t matter to me at all. To me, who he loves is just as trivial as his hairstyle. The actions one takes makes up who they are, not how they feel about another member of society. It goes back to one's merit being judged by the content of their character and all else being trivial, you know the speech. Ok, I’m done with my side rant.

Back to Minority Groups

How does the hiring and firing of minority groups affect the comic landscape? Look for the best writers and artists that can create for everyone. I would love to see more work from Afua Richardson on a Superman title, or Ashley A. Woods on a more grounded Green Lantern. Give me more Sanford Greene.

Yes, all of these people fall into a specific minority, but they were mention for their talent only.

Khary Randolph’s work on the We Are Robin title was amazing. Promote the crap out of that. Hiring new blood is great, just don’t get caught up in the fact that they have to be black or LGBTQ.

I understand the struggle for members of other groups to get their voice heard in comics, but should it be about the characters? From a fan perspective, I want my creators to belong to 1 minority group, geek.

Comics are for everyone. There is no room in the industry that I love for things like harassment, homophobia, racism, misogyny, transphobia, or belittling anyone for any reason.

I will say it again… There is no room in the industry that I love for things like harassment, homophobia, racism, misogyny, transphobia, or belittling anyone for any reason.

As far as harassment in the workplace, it is across the board in every industry. Recently in Hollywood, we had the MeToo movement. Bravo for standing up for yourselves. I personally believe that harassment shouldn’t have happened in the first place.

I followed the story about the “Milkshake” group and failed to see anything wrong with it for either side of the fence. Here were a bunch of people celebrating the life of their friend and comic legend Flo Steinberg. 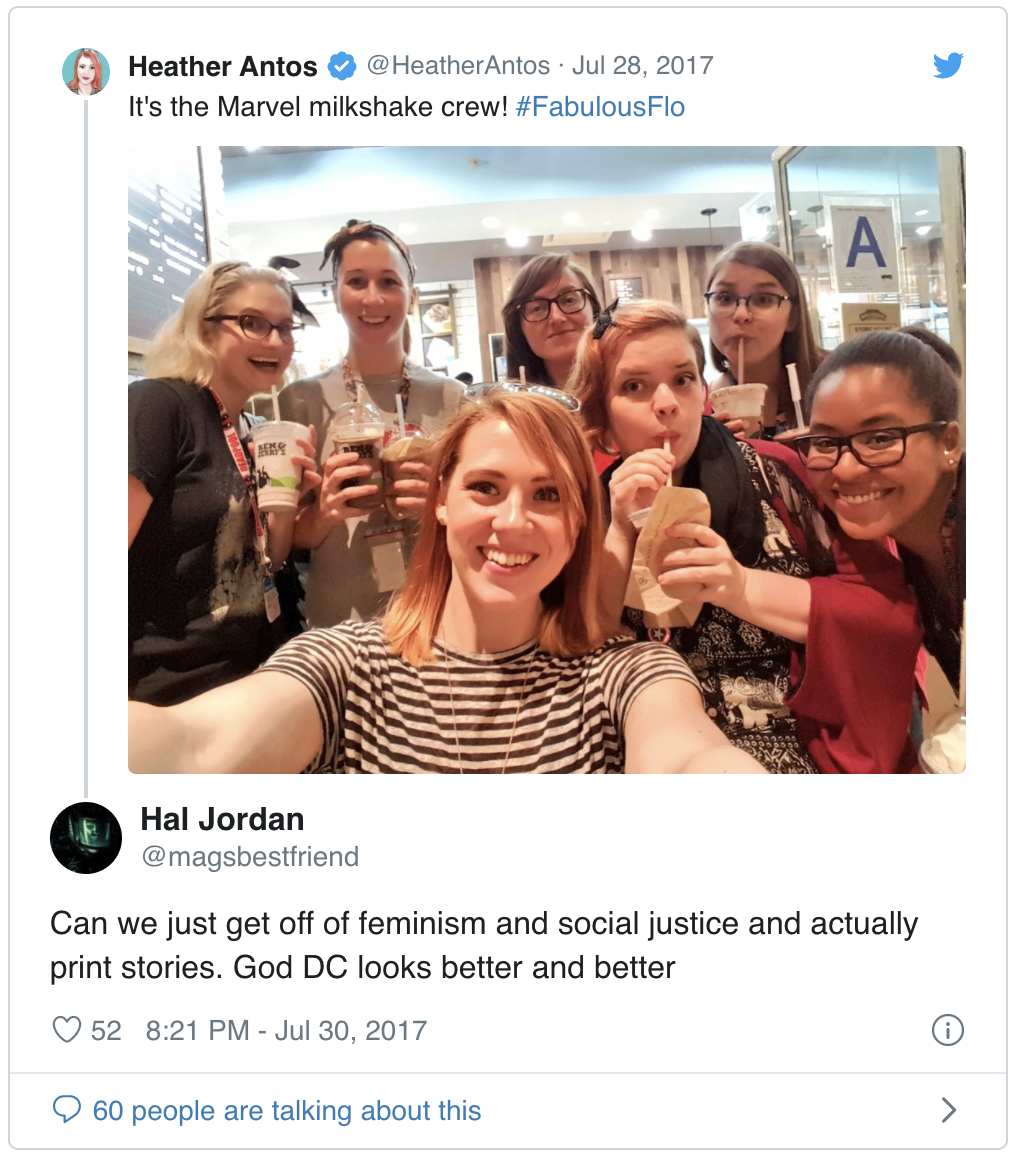 There was nothing pertaining to Social Justice Warriors or feminism in their twitter post. So why the harassment? No, this isn’t me segwaying into an answer. I’m truly asking, cause I just don’t get it.

For more information, here is a quick synopsis of the story from the telegraph.

Now back to the actual article.

The change or replacement of our characters

The more modern characters are a more diverse group. Let’s look no further than Marvel’s new group of “New Warriors”. On the team we have 2 non-binary characters name Snowflake & Safespace, a heavier hero by the name of Trailblazer, and a meme-obsessed Asian techno-wizard by the name of Screentime. 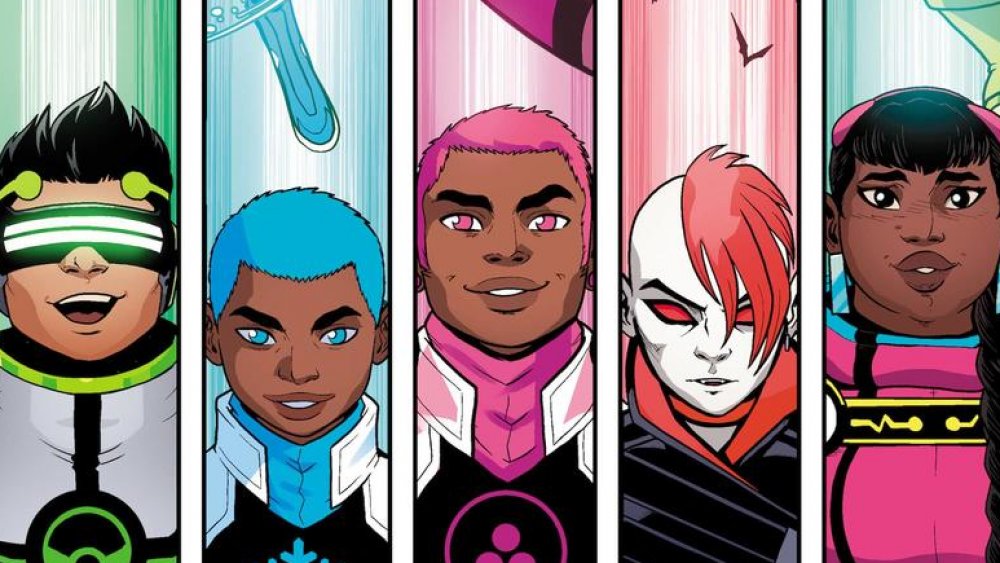 The internet is going crazy right now. Looking on Twitter, it isn’t good. This is what the industry as a whole thinks we want?

Give me a story where Captain Universe (over at Marvel) bonds permanently with a diverse host. Give me more Voodoo learning under the tutelage of Dr. Strange. Make the new Nova a larger character in the Marvel landscape.

I am not opposed to updating classic characters. Look at John Stewart. He is an amazing Green Lantern. This was a perfect example of an update that went beautiful. Look at the creation of Steel over on the pages of Superman.

He never claimed to be Superman but wanted to live up to the legacy. Man, I loved that comic...until the movie came out. That was bad for all different reasons. 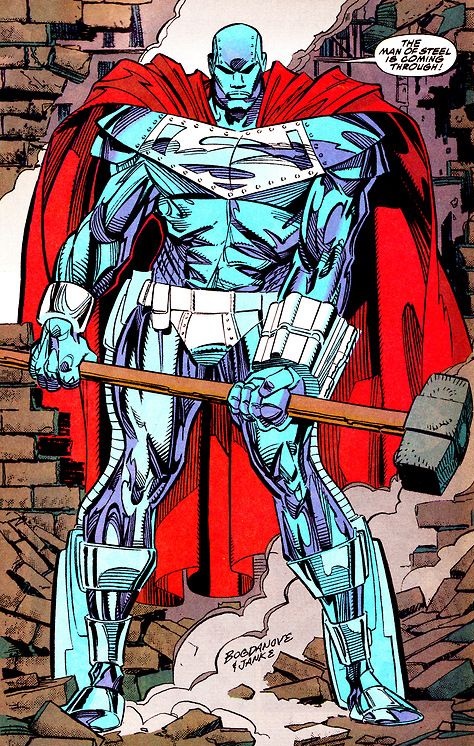 Straight up replacing a classic character to update things for the sake of updating things ends poorly. When Jane Foster took over the Thor title, sales slumped for a while.

Eventually, it picked back up but the major comic companies have been known to ax a comic at the first sign of duress. Thor barely made the cut before it picked back up. The same thing happened when Sam Wilson took over as Captain America. Both great stories, great characters, but sales drive the industry.

Fans went up in arms with the announcement of 5G (now known as Fifth Generation). This almost shut down the doors of DC Comics in general. They backtracked all the announcements and redirected but we are still waiting to see what happens.

Our problem is that we are taking things too far, too fast. Too much change is a bad thing when done all at once. Small doses if you really want change. Don’t just destroy everything just to rebuild in your image. You will crush everything that is still good.