The Bright Future of Indie Comics

by Lindsey Winsemius - Posted 2 weeks ago

We had a great time hosting David Lillie and his guests on our show to launch his new IndieGoGo campaign for Assassin's Flaw. It was an exciting evening that started off with a bang and the energy stayed high. Read the article about the launch below, or watch the recap. Watch for the exclusive CryptoComics badge code only available to viewers of the launch party!

The campaign is live until November 7, so go check it out if you haven't already!

The campaign launch party, which we here at CryptoComics were privileged to host, for Vivid Publishing’s 5th installment of their Dreamkeepers series, Assassin’s Flaw, did not go as planned. and creator David Lillie could not be happier.

“Fully funded in 5 minutes is a new record for us.”

“We had planned some different incentives, games, and giveaways to motivate our audience to support the IndieGoGo campaign,” says party hosts CryptoComics Creative Director Andrew Frey. “But we all had to pause and rethink the show for a second when the campaign shot past its goal immediately.”

The party still included games, lots of exclusive giveaways, special guests, and an excited audience that were just as thrilled about the success of the campaign as the show’s hosts. They talked about various aspects of the comic and showcased a little along with a new sketchbook exclusive to the CryptoComics Marketplace.

Many independent comic book publishers and creators rely on crowd-funding campaigns like Indiegogo and Kickstarter to launch their comics. The crowdfunding raises money to cover their expenses, while also generating buzz for their books.

In an industry dominated by publishing heavyweights and decades-old story-lines, crowdfunding is crucial for unknown stories to gain traction. Even well-known creators that choose to publish their own stories independently rely heavily on these kind of campaigns to get their original stories and new heroes in front of comic enthusiasts.

What’s the Dreamkeepers story? In this series, every living person has a unique character in the dreamworld. Their only defense against the nightmare legions.

They can engage in the tabletop battle game, Skirmish. Read the spinoff novel Wayward Astronomer, or the prequel webcomic Prelude. Listen to the orchestral soundtrack, and create their own character in the Faction Wars roleplay Discord.

Vivid Publishing founder and Dreamkeepers creator David Lillie teamed up with us to launch his Indiegogo campaign.

“We were honored when David asked us to be part of his Volume 5 campaign launch,” says our CEO Jared Brague. “He’s been a cheerleader for us since the beginning, and we’re super pumped that he surpassed his goal. And, we had a blast hosting him on our show!”

“This is what we are all about – making original comics available to all, and helping creators write the stories they are passionate about. David and his team exemplify everything in our mission statement.” says Joe Frazier, President of CryptoComics and CEO of ApogeeINVENT, the technology company that is funding the startup and building the revolutionary technology.

The Indiegogo campaign for the comic book launch was trending at number one during the live launch party and into the following day. Congrats to David and his team! 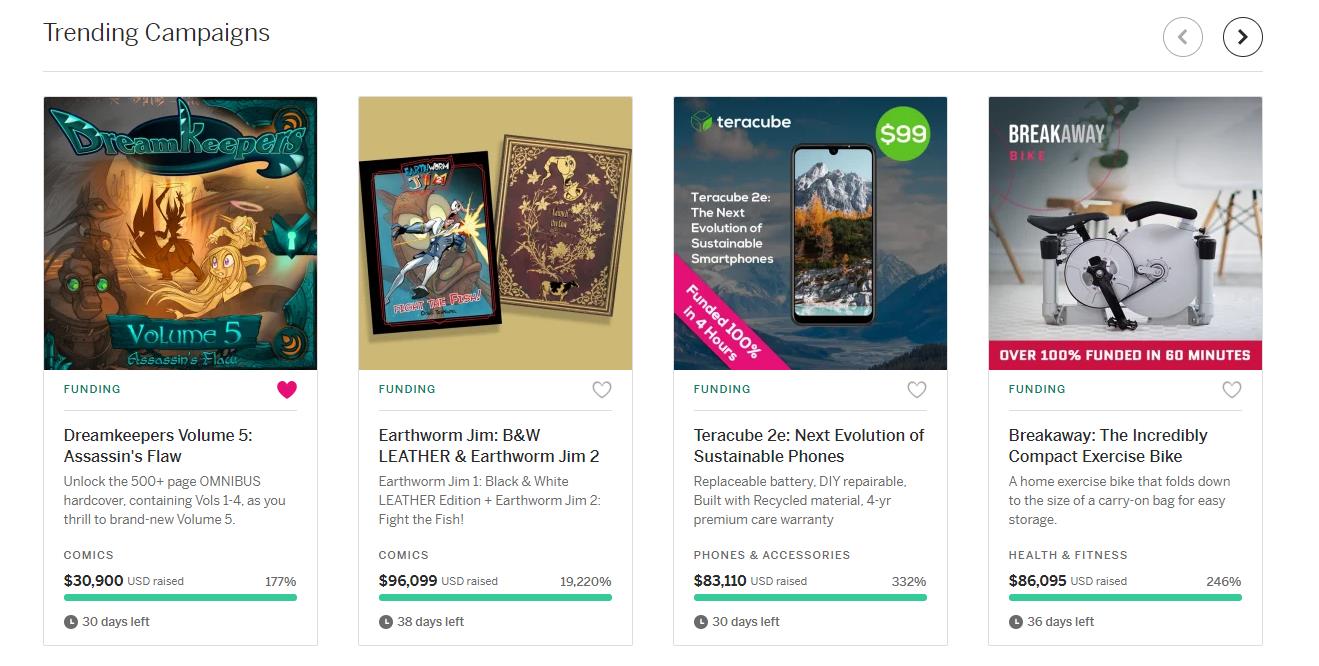