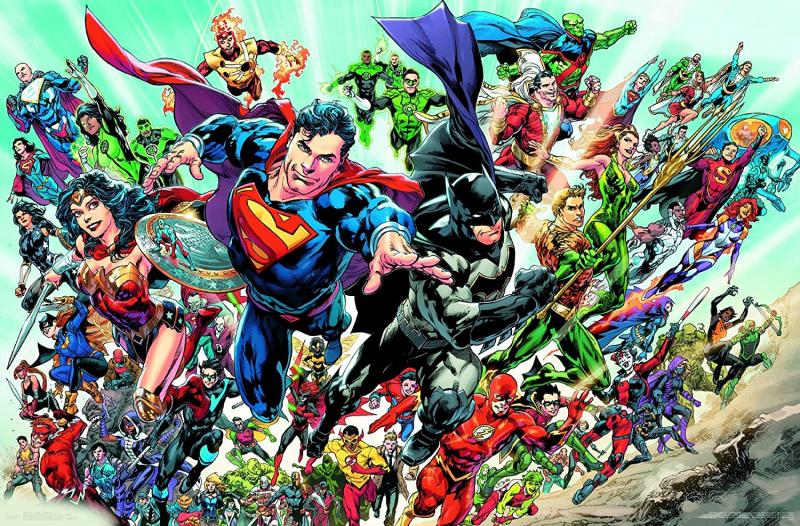 Welcome, my CryptoComic Compatriots! Last week I was talking to you about the future plans over there at DC Comics and I started to get into what I would do if I was put in charge of things over there.

DC Comics has recently announced that Daniel Cherry from Activision will be taking over the reins at DC Comics. Keep in mind, his history is games. If he were to call me right now, and ask me what to do to fix DC Comics, this is what I would tell him.

Don’t solely focus on the distribution deals that you have in place now with stores like Walmart or USC handling oversees and all other distribution. Get back in with Dimond on your own terms and get your books back in the comic shops.

Flod the market your branding. Get out there and get everywhere. I should be able to hit the comic shops and still pick up a Batman. I should also see an end cap in the book section of Walmart and see new and exciting Graphic novels about Batman.

The key to all this is a non-exclusive distribution deal. You set the terms so that you receive the lions share of the profits. This will keep the lights on and bring new readers that only know your characters from tv and movies.

Ongoing Comic from a sales point of view

We all understand cutbacks. Focus on what is actually generating money. I do understand that the bottom line is well, just that, as long as it produces a generated income, keep it going.

On the flip side, give your comics more than 2 months to find out if they will sink or swim. There have been so many times that as a reader, I pick up a new book and it gets canceled before I even finish reading it. If you have a new comic line coming out, your marketing team should be pulling in overtime to get that word out. Then give it a little time to see what it does.

Start with a 3 issue story arc and then see what it does. If fans liked it and sales are good, then give it an ongoing series.

Having a strong long-running comic is essential for the expansion and life of a comic publishing company. Show the world that you can master this by not canceling a good book because sales slump. Try different things like brining on another writing and artistic crew. This is what they did in the olden days of comics, try to do this again. It just might revitalize a slowing story.

Don’t follow Marvel’s lead. Let them be Marvel and let you be you. See what the fans think of Zack Snyder’s work on HBO Max and keep people like Geoff Johns out of the movies. He makes great comics but when he has anything to do with a television or movie script, trouble follows.

This isn’t just my opinion but when anyone is interviewed about the troubles on set, every problem universally gets laid at the feet of Geoff Johns. Ray Fisher (along with 20 other accounts in a 2 minute Google Search) have claimed that Geoff Johns creates a hostile work environment.

The CW is in great hands with Greg Berlanti. Give him more power to use whatever comic character he wants. He has a love for the characters and it shows. Hell, he made Green Arrow one of the most Bad @$$ characters ever. The Flash has also been perfect. I just want to see Diggle as GL. Please show us Diggle in the suit and have the powers...please.

We all know that toys drive the sales of comics and the industry as a whole. This is why Young Justice was canceled. Marvel wins by flooding the market with Avengers and Spider-Man. Cheap toys at Walmart for an Average of $10.

I’ve said before to not follow in Marvel’s footsteps. I take the opposite stance here. Package cheaper toys with flashy designs (based on comics and tv shows). Hell, throw in a comic with that character dressed in that costume on the cover with every purchase. The high end figure statues that DC prides themselves on should be reserved for the avid collector at the comic shops. They sell for an average of $150. 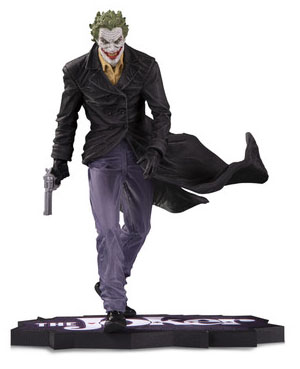 I think that DC Comics is finally starting to get their act together here. The DC app should only feature comics and maybe their podcast talking about all things comics. HBO Max should feature all their movies, tv shows, and so on.

The problem here is 2 fold. The price doesn’t reflect the lack of content. They charge extra to have both on the DC app but are moving to cut the movies. This should in reality cut the monthly cost of this app to an affordable level.

There is also the arrival of digital content. Why is it that digital content takes weeks and sometimes months to arrive in the platform. Just like Hulu, content should arrive right after it appears on shelves. I can see if they wait exactly 2 weeks before it ends up in the app, but there should be a distinct time already set forth.

As much as I hate to say this, I feel like DC needs another reboot. This is something I have been adamantly against since I first started this blog, but I don’t see anyway around it. This is how I would do it as well...

Start with another crisis event. The High Father and Darkseid are finally at an all-out war with no holds barred. This drags all of the major God like beings into it. This includes the Presence, Perpetua, Quintessence, Dr. Manhattan, the Monitor & Anti Monitor. Let them destroy everything except a small spark which goes onto become the big bang.

Restart the multiverse. Earth 1 is a post crisis world with the JSA as the precursor to the JLA. Earth 2 would be the Flashpoint. Earth 3 - New 52. Go on from there. Give maps to the multiverse everywhere. Showcase what world everything is on. Have a stamp for each reality.

Have all creators and editors sit down and decide who everyone really is. Is Batman a Godlike fighter, or is he the street level fighter and worlds greatest detective. Focus on those aspects.

DO NOT, I repeat DO NOT change for the sake of change. If change is needed in a story, make sure it is warranted.

I hope so, but I truly doubt it. We will see what decisions DC makes in the coming months. I hope they can course correct, afterall the rising tide raises all ships. What is good for DC Comics is good for the entire comic industry, mainstream or indy, it doesn’t matter.

While we wait with baited breath, blow off some steam and check out the Marketplace for all the best indy titles out there. Hell, submit one or 2 of your own.