by Matt Russell - Posted 1 week ago 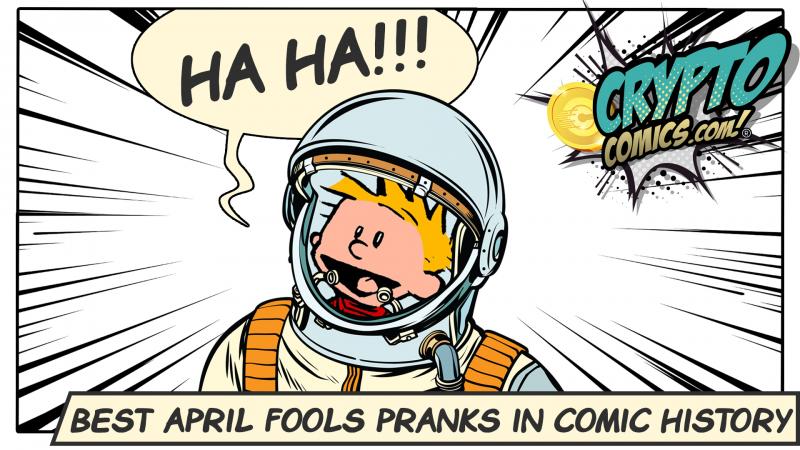 Welcome my CryptoComics Compatriots! April Fools Day is upon us again. I wanted to reach out to you to show you some of the most hilarious pranks ever conceived by comic book creators! Some of these are absolute geniuses, while others might make you shake your head and question humanity. 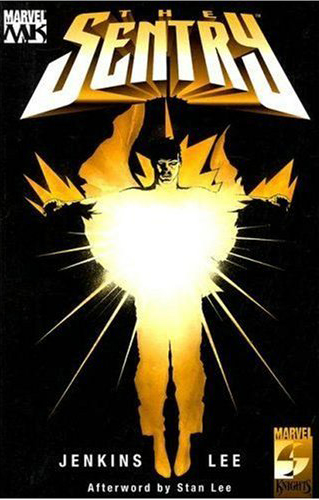 Now Stan Lee is no stranger in taking credit for a ton of work that should have been given to others, hence the fallout between him and Jack Kirby. There was one time that he full-on took credit for a comic he had absolutely had nothing to do with.

Back in 2000, as a prank, there was an announcement that Stan Lee had actually created the Sentry back in the ’60s and just forgot about it until recently. There was even going to be a new limited series centering on Stan’s work from that era.

In truth, this actually fits with Sentry’s origin and I would have loved to read this series.

LEAGUE OF EXTRAORDINARY GENTLEMEN WOULD HAVE AN 80’S VERSION

This one came to us in 2010 when Top Shelf Productions finally recovering from their 2003 failed film announced that they would have a new “modern” installment in Alan Moore & Kevin O’Neills remarkable run. 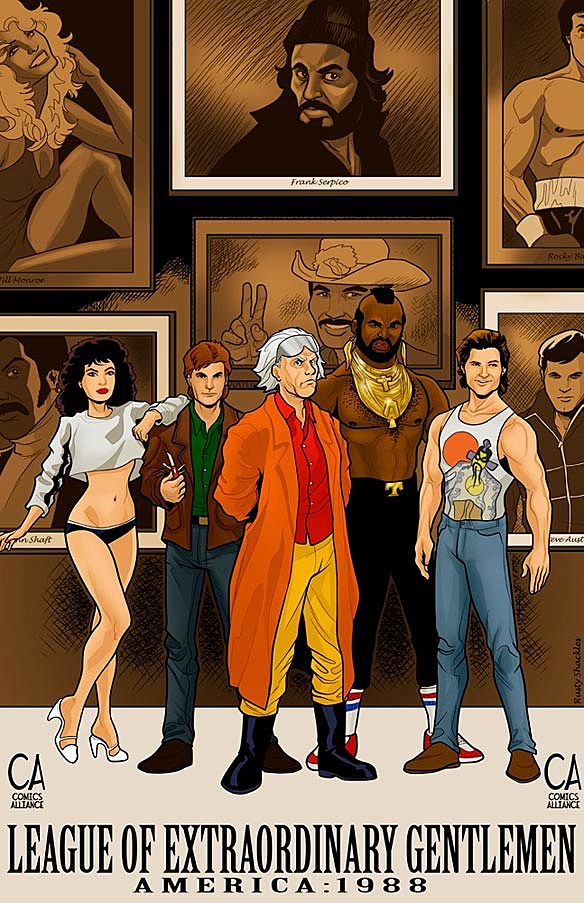 They only ever released the cover but, as you can see, it would have actually been epic!

Oh, poor Paco Ramone. Our poor hero was killed over 20 years ago in the pages of Justice League Detroit. He was brought back as Cisco Ramone for the Flash series on the CW. 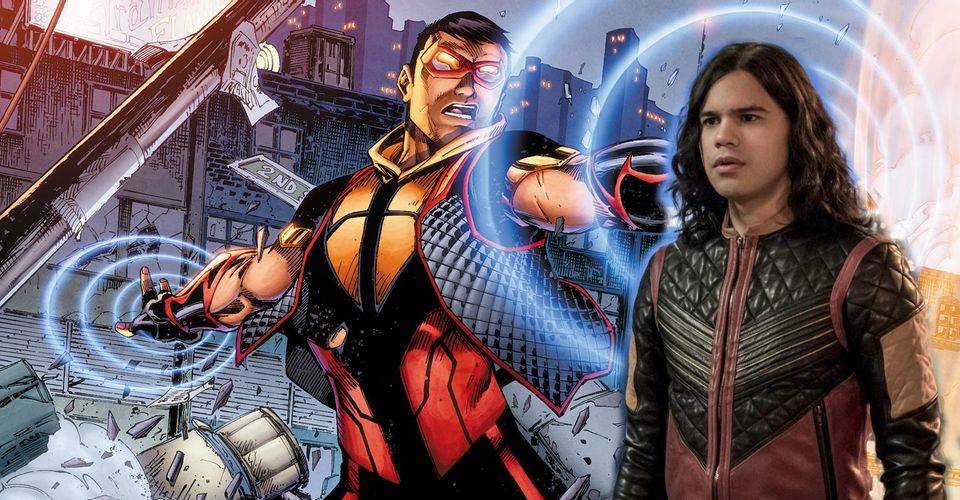 He was brought back to life briefly during the Blackest Night series where he served the forces of Nekron. He joined with Steel and brutally attacked Vixen and Gypsy in the Hall of Justice. This is why in 2009 it was no surprise that Geoff Johns and Ethan Van Sciver, hot off of Flash and Green Lantern Rebirth announced a new title.

They would be bringing back Vibe into the modern age of comics with the miniseries Vibe Rebirth. Not much was said about this series and it looked rather promising until you look at the announcement date. Gotta love April 1st.

No one can dispute that Robert Kirkman is the master at holding an audience. His style of building suspense seems to be taken straight from Stephen King and Alfred Hitchcock. This is why it came as such a surprise when he announced his new series...just for kids. 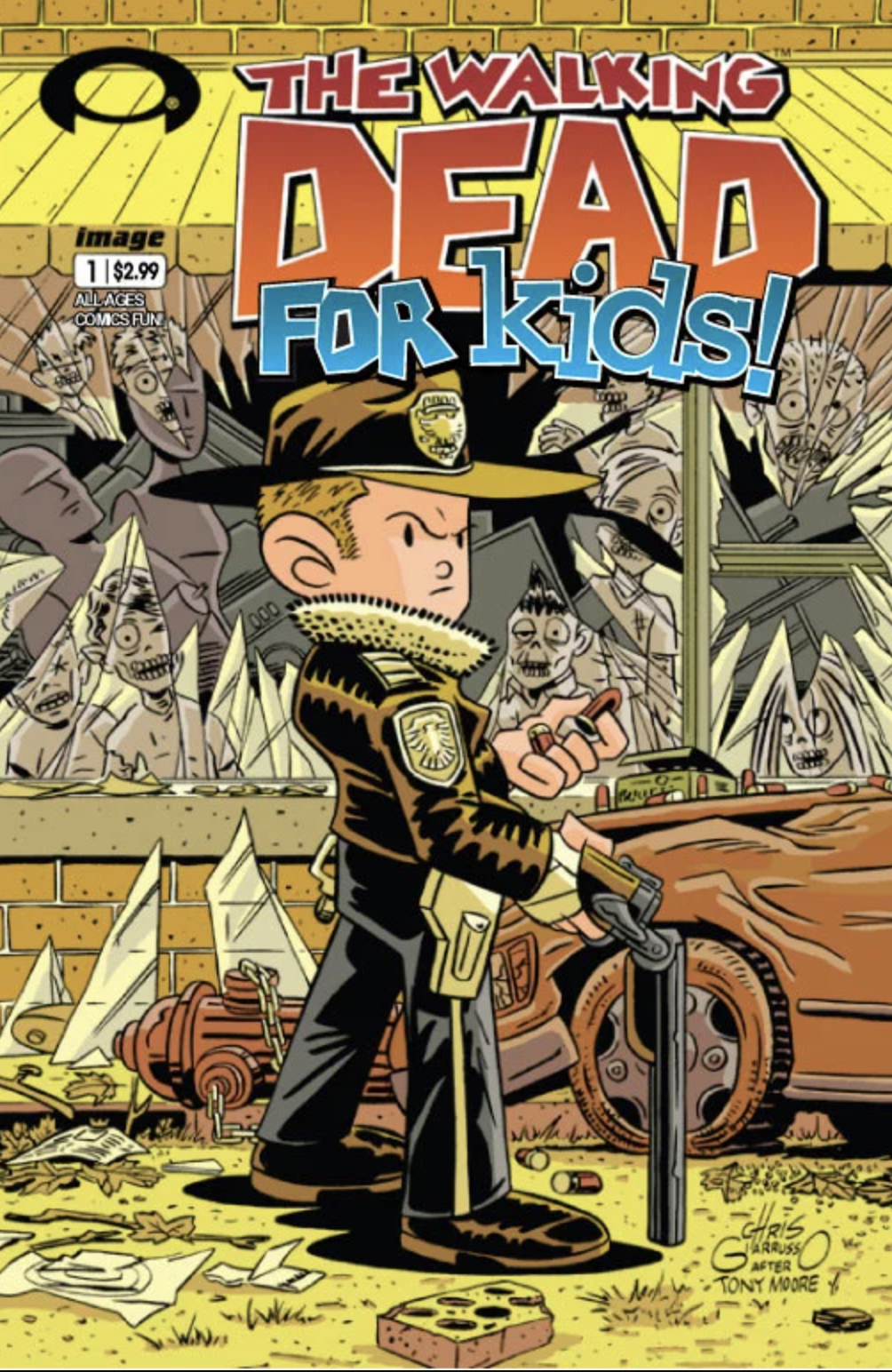 In 2012, it was announced that he would team up with artist Chris Giarrusso (Mini-Marvels) and produce a spin-off series geared specifically for kids.

BRINGING BACK THE UNDEROOS

Oh, DC. How you love your underwear. They love it so much every character was wearing them on the outside...again.

At least that was the announcement in 2018. Since the original Superman was returning to the DC Universe and once again wearing the red trunks in Action Comics #1000, DC announced a line-wide initiative where everyone is getting the external-underwear, even if they didn’t before. 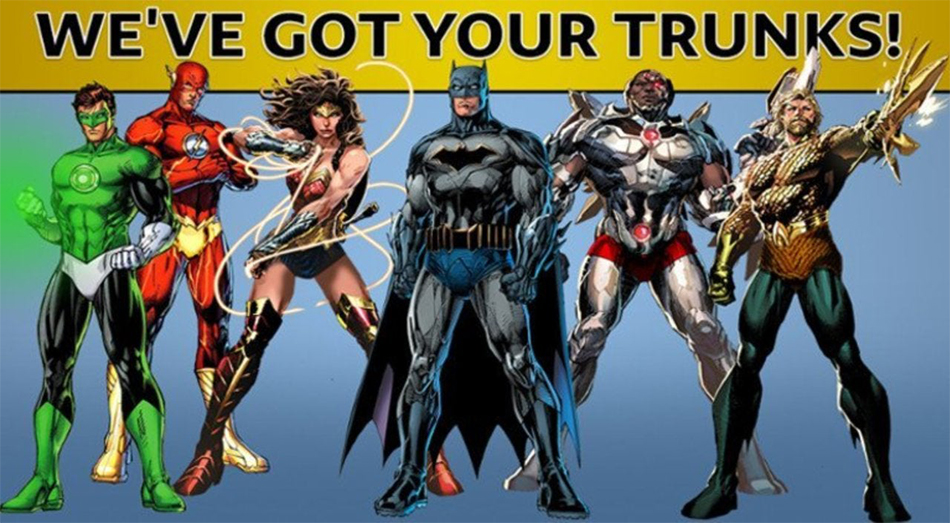 I gotta say, Wonder-Woman is still normal, and we are used to seeing Batman like this, but did they have to mess with Flash!?! And what is up with Green Lantern’s tighty-whites?

Marvel decided to end the public debate for Spider-Man and answer to the public if Spider-Man was a mutant or not. Keep in mind that this is an in-universe debate. Mutants manifest their natural-born powers during puberty and this is around the same age that Peter Parker was bitten by a radioactive spider.

Since Peter can’t publicly say how he got his powers, for fear of people figuring out his secret identity, the public often assumes that he is a mutant. This was a running joke for a long time.

It was announced (on this sacred day in 1999) that Peter Parker would be joining the X-Men and they even gave us a pretty interesting costume redesign that combined his typical attire along with some X-Men aesthetics. 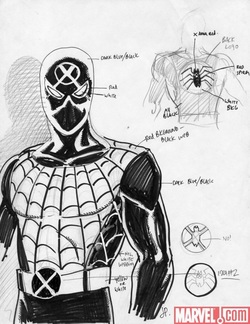 Thank the gods that this didn’t go any further, although they do team up from time to time but that’s just a result of both super heroing in New York.

The ’90s were a great source for the infamous April Fools Prank. Back in 1997, the newspaper comic strips got in on the action. It seemed that every strip out there was in on the joke. They all started infiltrating each other’s comics for this great event.

Garfield was drawn by Blondie artist. For Better or Worse combined Mother Goose & Grimm. Beetle Bailed was taken over by Shoe. Dilbert was drawn by Family Circus while single panel Family Circus was drawn by Dibert artist Scott Adams. The best one was Drabble artist simply using his left hand in an in-comic joke about being left out. 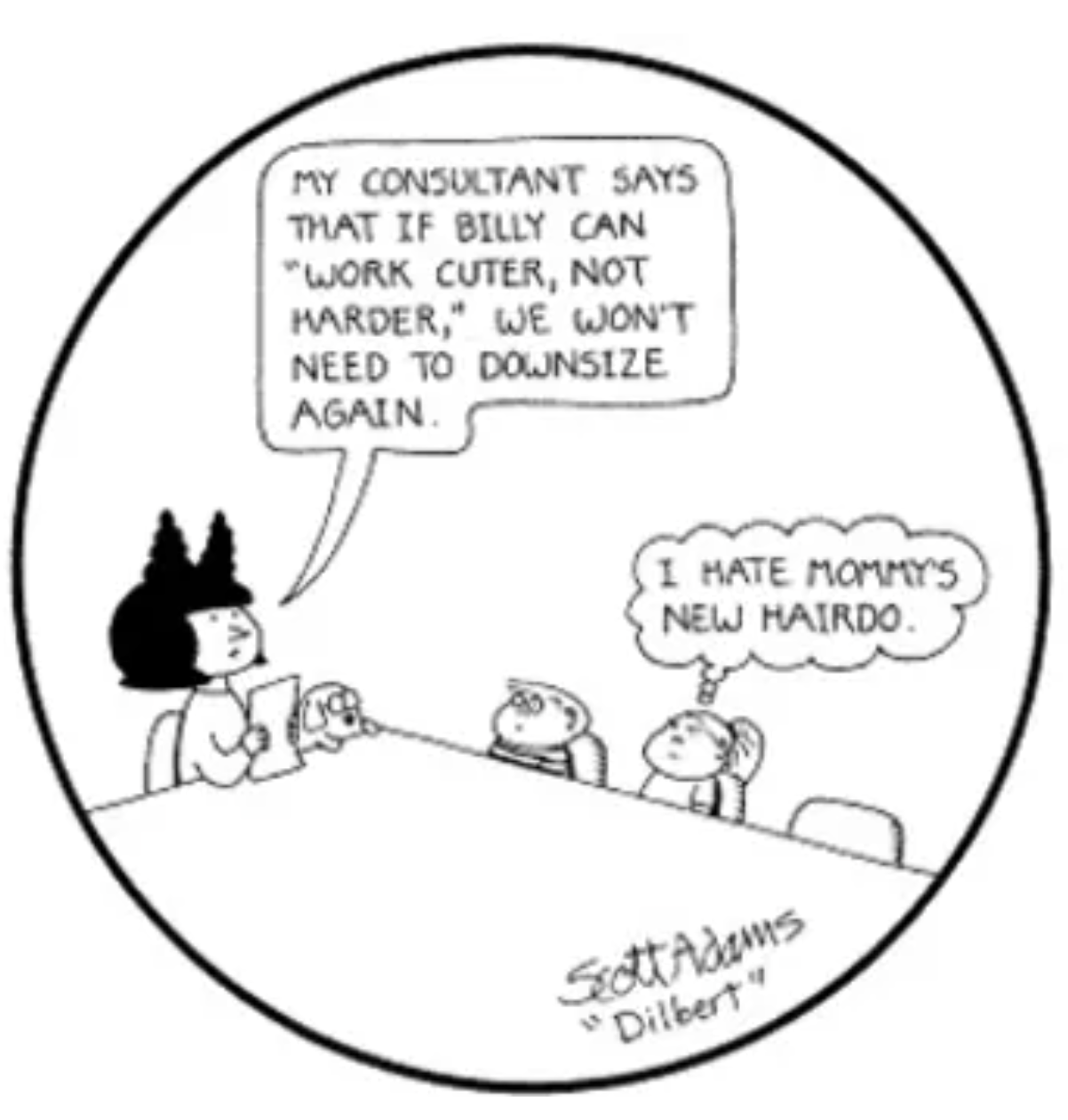 This part actually isn’t a joke. For those that are reading this, I am going to offer you a special badge just for being a great reader. Type in the code AprilFools2021 and you will get the badge shown below. Have a great day, and may the pranks be with you. 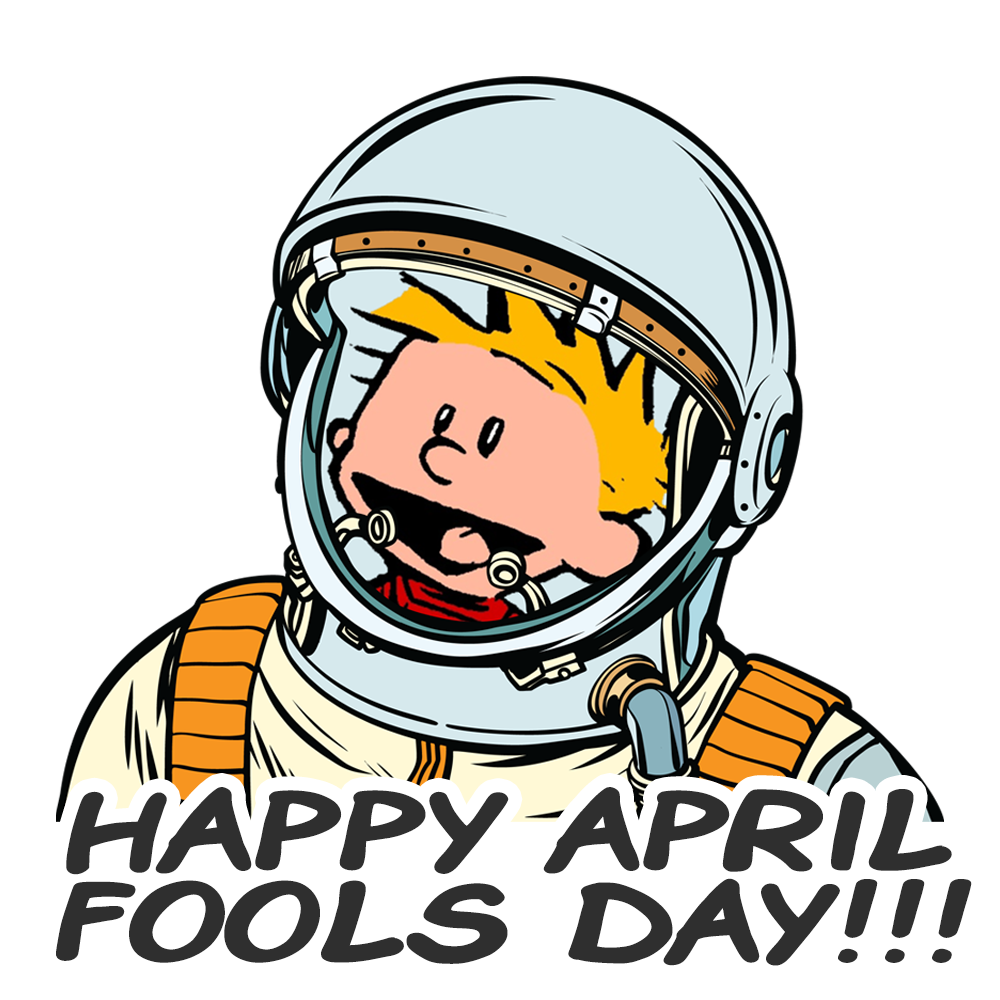