How NFT's work with comics 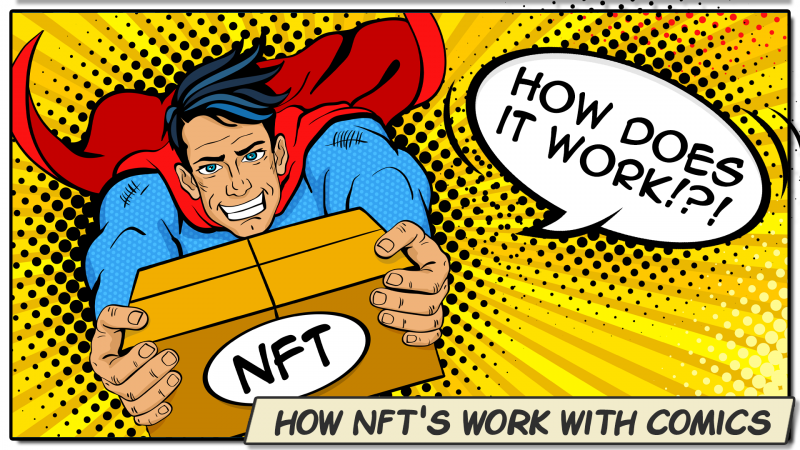 Welcome my CryptoComics Compatriots. With all this talk of NFT’s, I wanted to reach out to you to give you a quick walk through the eyes of a collector. I will be giving you an example that you are already familiar with and translating the tech talk to basic English.

NFT’S IN RELATION TO COLLECTORS

NFT’s are basically the digital version of something comic collectors should actually be familiar with for years. When you buy a comic with a signature, there are two options, with and without a COA (Certificate of Authenticity).

Without the Certificate, there is no way to officially know if it was the creator that signed it or not. It could be anyone with a gold sharpie.

With the Certificate, someone reputable went through the process of verifying that this was actually the artist, writer, creator, or someone else that worked on the comic. They stood over them and watched them sign the comic and number the comic 1 out of 1,000.

Companies like CBCS or CGC both have credible teams that must witness the signing. Then they will issue a COA. I personally have several comics signed this way that I keep behind glass. No one touches them!!!

This increases the value on average by 30% for newer comics but could go down if it is not authenticated. Plus, a comic signed by the creator can truly increase the sentimental value of the comic. There is just something cool and special about this.

Using blockchain technology (turning it into an NFT) basically does the exact same thing. When the creator turns it into an NFT, it is given a digital certificate that verifies that this is 1 of 1,000, just like the old COA’s.

The only real difference is that it is a digital version and did not have to go through the entire process of getting a physical certificate and authentication. That work was already done by the creator.

NFT’S IN RELATION TO CREATORS

Now let’s take a look at the NFTs and how they relate to Creators. It isn’t hard to turn your comic into an NFT. All you have to do is upload, figure out how many comics you want to be minted, and how much each comic should sell for.

If you choose 0, then the book is not for sale. It becomes a “preview only” so people can only read the number of pages that you have specified in the preview section.

A lower amount of copies minted would help ensure the rarity of an issue. This, in my personal opinion, would help after you’ve made a name for yourself and want to sell to serious collectors.

A higher amount of minted comics would keep the resale value low as well as the perspective rarity of your comic. This means it can help you get your name out there to potential buyers. You will have to play around and decide what’s right for you.

Keep in mind that traditionally in print, a standard comic will have an average of 100,000 copies printed and shipped off to stores.

WRAPPING UP THE NFT TALK FOR NOW

For a collector, the NFT is just a new way of thinking about a Certificate of Authenticity. For a creator, turning it into an NFT is just as easy as uploading a pdf to any other site. We (by we, I mean our illustrious tech team) have gone above and beyond to make everything super freakin’ easy for the end-user, no matter who you are.

If you don’t believe me, join for free and try it for yourself!

Learn more about how you can buy and sell NFTs on CryptoComics in this quick article.