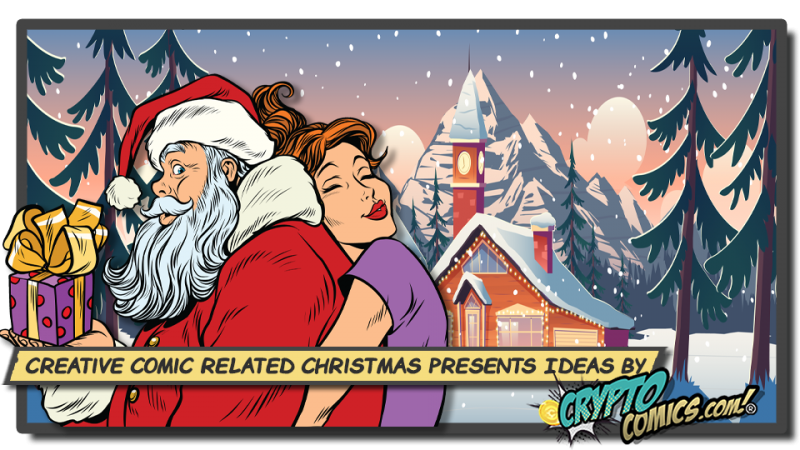 Welcome my CryptoComics Compatriots. As you know the season of giving is just around the corner. I was wanting to present to you a list of some really cool holiday gift ideas. I went on Amazon and started scrolling.

Pretty quick I realized that this was simply going to be just another generic list that you can find anywhere (although I did find a Captain America waffle maker that I have to pick up). So naturally, I had to change things up. I decided that I wanted to present to you a list of ideas that actually might say something.

Here are some of the most unique comic-related ideas that you could give to anyone that is into comics.

COMMISSION DRAWING OF THEIR FAVORITE CHARACTER WITH A LITTLE SOMETHING EXTRA

There are so many Facebook groups out there where you can get a comic commission drawing for a reasonable price. Let’s put a spin on this. 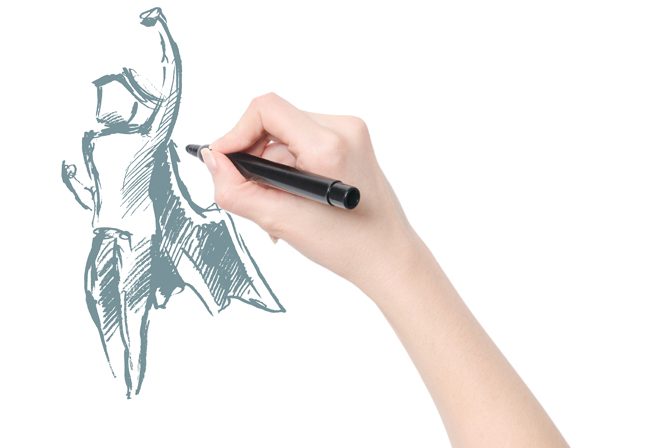 My son loves both Captain America and Spider-Man, so why not have a professional artist draw him into a scene with his heroes. First up we have Captain America. The kicker is that in the image, Cap will be removing his helmet to reveal his son.

For the Spider-Man image, I had an artist recreate Amazing Fantasy #15 where Spider-Man is swinging with a green-suited thug. The artist will be replacing the thug with my son.

These are just some ideas. Commission a recreation of a famous comic cover and insert them into it, or have them drawn up as their favorite character.

PATREON; GIVE THE GIFT THAT KEEPS ON GIVING

If your loved one follows a particular artist, find out if that artist has a Patreon account. If they do, perfect. Create an account in their name so that they may get the benefits periodically. Most Patreon artists put out content at least once a week.

They often times offer physical rewards sent through the mail, live videos, finished comics, trading cards, sketches, and more. There is just something cool about joining your favorite creator on a live video that is exclusive to Patreon members.

TURN THEM INTO A COMIC CHARACTER

Speaking of Patreon, you should definitely check out Top2. Cardell Cole has one of the coolest rewards; for a 1-time payment, he will turn you (or the person you are gifting this to) into a comic character. 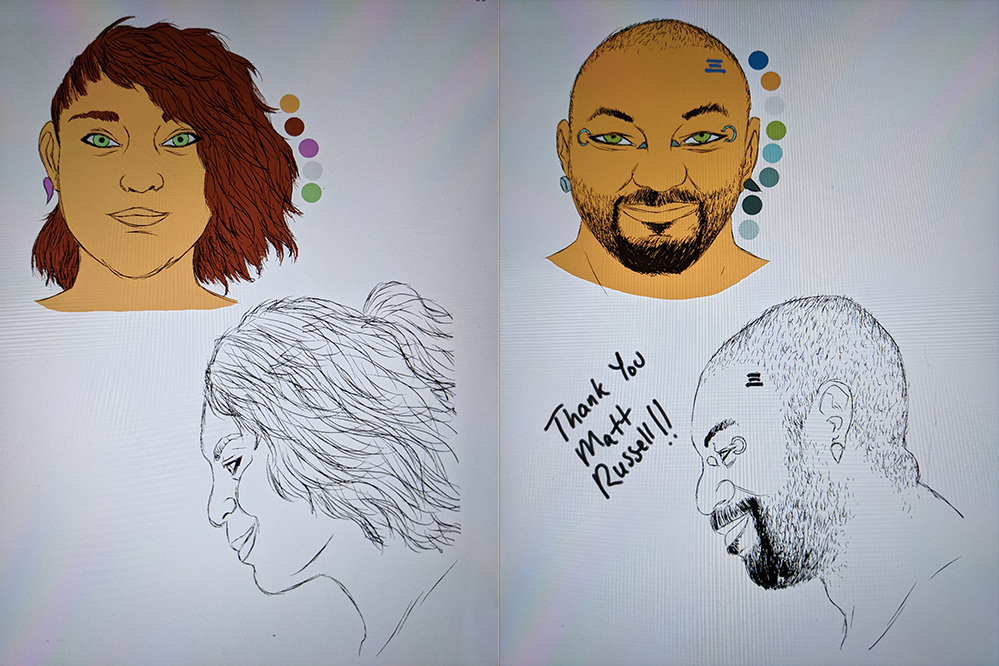 After getting this for me (what, I wanted it...sue me) I decided to get this for my daughter. You might remember her from some of our review shows. Anyway, Cardell turned her into a character for his book.

I had to send a description of her along with reference photos from different angles (it looked like she was getting a mug shot) and then he sent me proof sketches. Not only are they amazing, but she will be immortalized forever in a totally rad comic.

Patreon isn’t the only place to be able to do this. Several Kickstarters and Indiegogo campaigns offer this reward as a tier.

Let’s face it, wouldn’t it be cool to get a comic with you as a character?

Conventions are back up and running after lockdown. The coolest part is that now you can see some of your favorite creators. Get yourself some extra tickets to that comic lover on your shopping list and include a meet and greet. 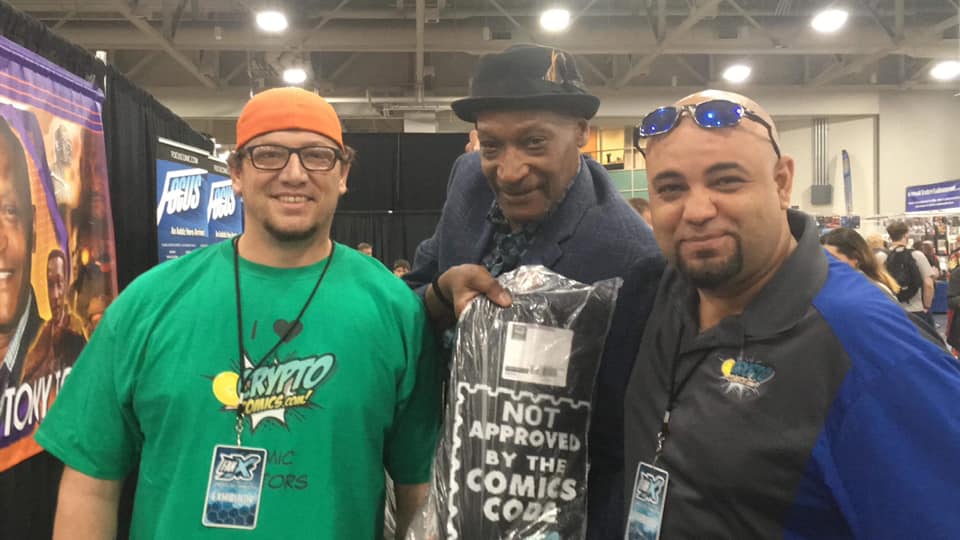 If one of their favorite artists/writers has a booth...perfect. Pick up a few titles of theirs and give them to your loved ones so that they can go get them signed. If you don’t want to haul a bunch of books to the con, have them pick up a book/print there to be signed and personalized.

One of the coolest things I was able to pick up was at Peter David’s booth in Salt Lake’s FanX. It was his actual script (complete with editor’s red notes) for Deadpool’s Art of War #2.

Another gift was a commission from David Lillie. We met him (in person) in Orlando’s MegaPlex and he was offering $20 commissions. Believe me, that’s a gift!!! 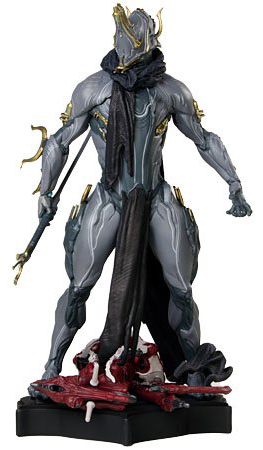 Now this one is unique but can get pretty pricey if you start going overboard. With just a quick google search, I found a place that would take any comic character and create an action figure off of that (yes, even original characters).

So, if they are into a certain character that you can never find a figure of, or if they are a creator and have a comic of their own, get them a custom-made action figure. I bet if you say please, some of these creators would even make a figure of the person that you’re gifting this to.

After looking at some of the custom figures, I realized they don’t even have to be a comic fan (although, if they’re not a comic fan, why are you friends with them). There are some pretty cool action figures of Abe Lincoln, Napoleon, famous wrestlers, and sports icons. You can’t lose.

TURN YOUR LOVE STORY INTO A COMIC 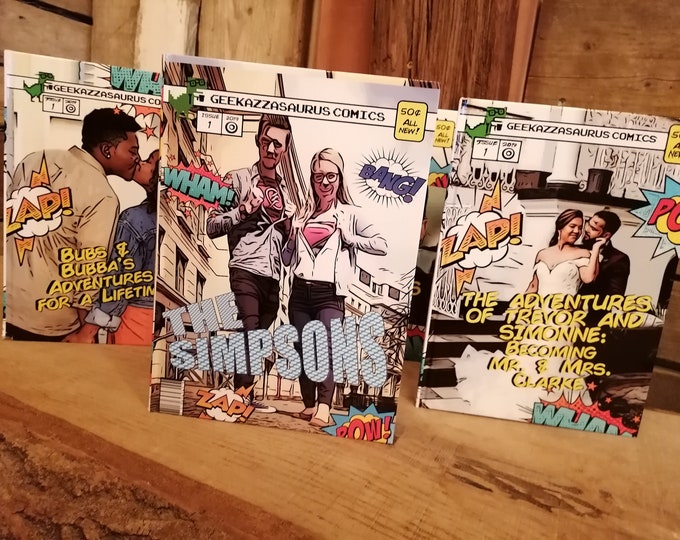 While scrolling through Etsy (yes, I am on Etsy) I found a place that will create a custom wedding photo or something along those lines and turn it into a comic book style story. Why not let the people you love the most know that they are your hero?

Alright, all you carpenters. Time to get busy. If your loved one is like me, they have a ton of comic “long boxes” stacked up. These cardboard drawers typically hold anywhere from 250-300 comics. 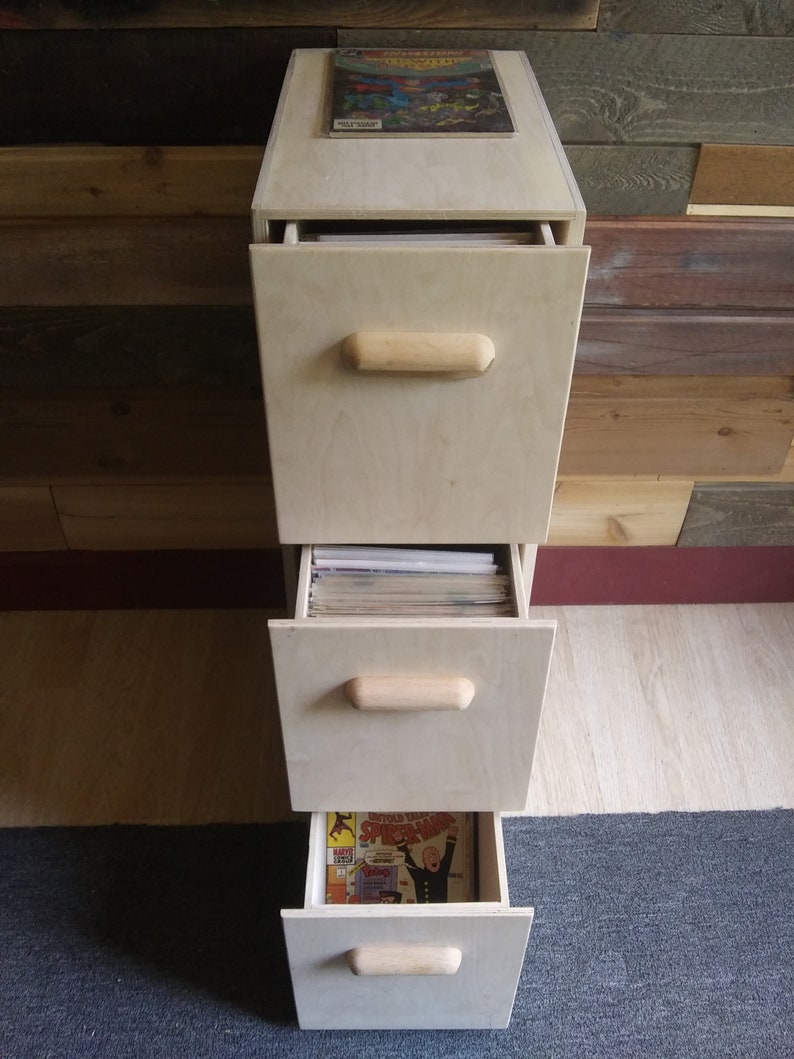 When you stack them up, they can weigh a lot. Keep in mind, these are simply cardboard. They are not made to hold the weight of a house.

Time to stop at the hardware store and start making some beautiful comic book drawers that can actually hold the weight needed. If you even want to get more creative with a chisel (or a CNC machine) put an engraving of their favorite comic characters on the front of each drawer.

THE NOT FOR THEM SKETCHBOOK

While I was at a convention in Orlando, I found a necklace that was also a blank sketchbook. I had to pick it up for my daughter. I take her to a lot of conventions so I decided that this gift, although is for her, is not for her to draw in.

Every con that I take her to, she will find her favorite artist there and have them draw a 2-page spread (just under 2.5 inches) and sign it. This will serve as a reminder of all the good times at the various conventions we go to.

Yours doesn’t have to be a necklace. Head to your local art store. They will typically have a leather-bound sketchbook or a hardcover sketchbook. This will be perfect to take to the cons.

Be on the lookout for our Monday Couch shows on YouTube & Twitch (or any of your favorite social medias) for more gift ideas. Until then we will see you in the funny pages.