Getting Your Comic Out There: Audience 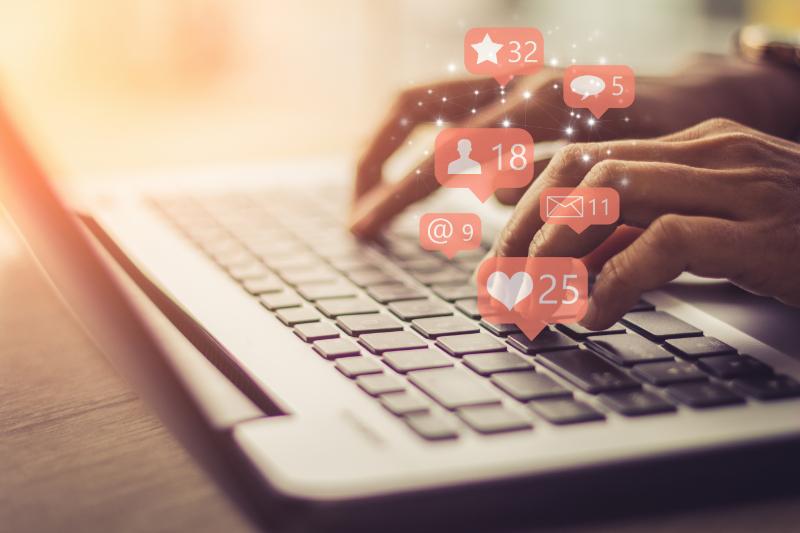 My friends, I wanted to talk to you today about something very important; gaining traction for your comic. I use the term friend and not the typical “Vigilante” rhetoric with an intended purpose. I hope that this will shine through today.

I have been asked “How can I sell more comics?” many times throughout my time here at CryptoComics. I always give the same response, “Doing! Get in front of people on social media. Get your comics on platforms. Get your comic in front of influencers.”

As I really take a hard look at that, I realize how wrong I was. I was suggesting that you look at the big picture, and not the small one. Let me explain.

This blog article is not at all about me. I promise. I just need to get this out of the way before I can describe how to fix the problem. The following story is in no way a pity party. Please don’t take it as such.

I began my career as a writer. I had some successes. I live in a small town, so I quickly became what my father referred to as a “Hometown Hero.” This wasn’t quite the compliment as you would think. This was a warning.

It seemed that everywhere I went, people knew my name. They congratulated me and chatted me up for hours, mostly about how I could help them and their career. People came to me with ideas. I reveled in it. I was popular. 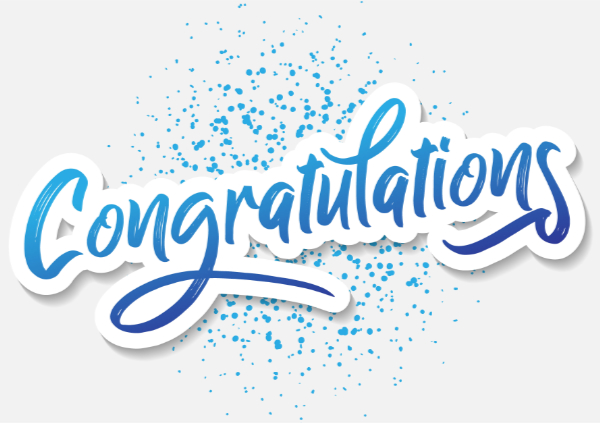 Believe me when I say that this went to my head. Looking back at this time in my life, I was a royal pain in the @$$. I bet I was hard to get along with. Truthfully, I don’t know why anyone would put up with me. 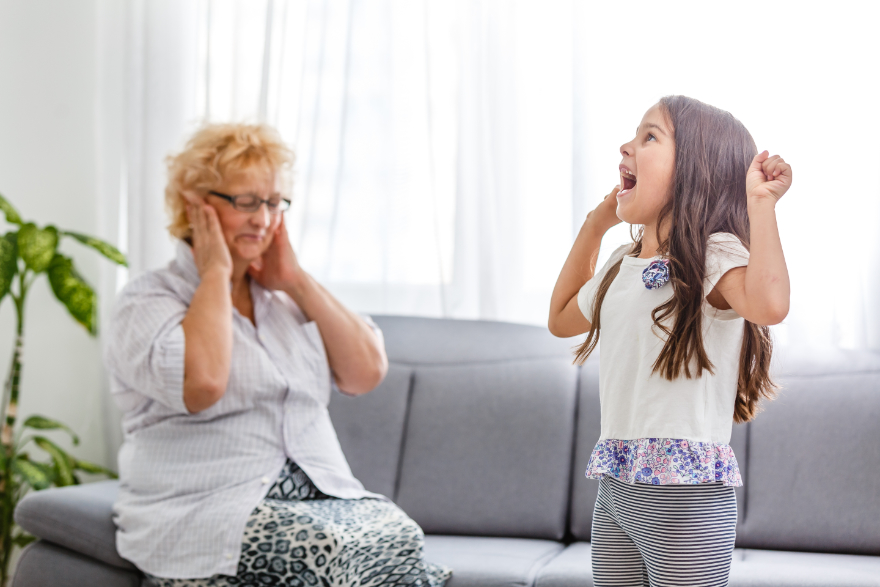 As my writing career began to fade from the spotlight, I began to take smaller writing gigs. I was no longer working directly in the public eye. I noticed something begin to happen, those that were my friends before, quickly forgot who I was.

I would walk into a restaurant where earlier they would greet me by name, would now give me the same service that everyone else was getting. I had to take a long look at what I was doing and who I was.

Shocker, I realized that I wasn’t any more important than the next person. 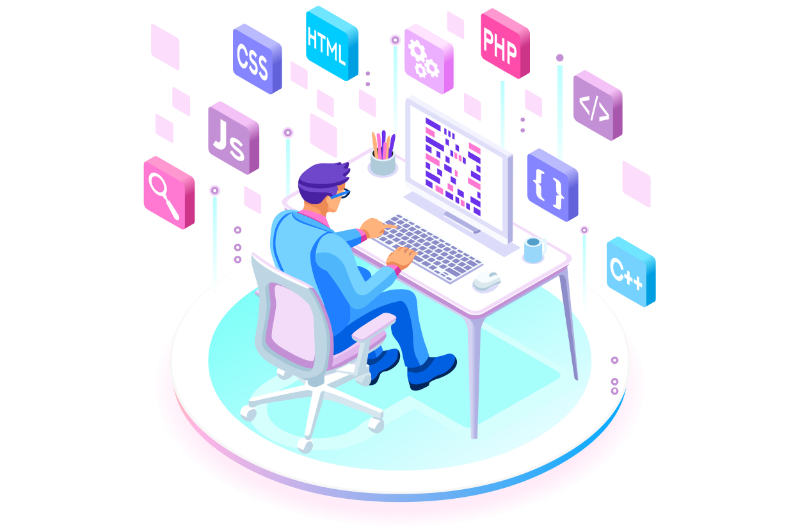 Eventually, I moved into programming. It is a great career that I love. I get to keep writing, just this time, in another language filled with ones and zeros. I took a job as a UX Designer, with a company that I still love to this day.

While there, I began to study social media. It was a magical place where a grown man could post a video of himself playing a game and thousands of people would tune in to watch.

You see, before content such as the example stated above, social media was just a tool to reach out to people that you already knew in the real world. Online dating was just beginning, so new connections were still a thing that was viewed with suspicion.

It fascinated me that one person could gain so much influence for such a mundane thing. I began to look at how Google handled their search algorithms and I jumped on the bandwagon. My mission was to get all of my clients to the top spot on Google searches and I was going to use social media to do it.

I did everything I could to get as much social media attention. I friended the right people. I got influencers to talk about my clients. I had a lot of success and a few failures. Those failures taught me far more than the victories.

I began to look at Social Media through the lens of industry. While this worked and my goals were fixed on the larger picture, it stopped being fun. 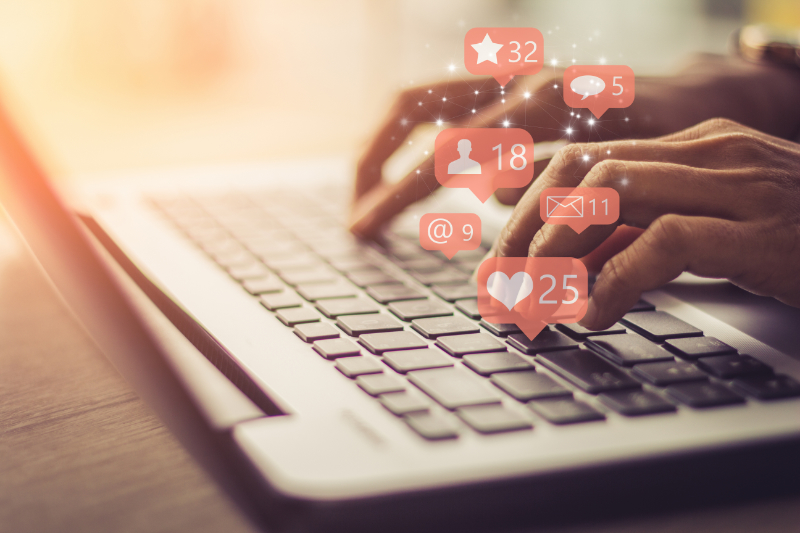 As we got rolling, we turned to social media. I thought I knew all the tricks. I’ve read the latest releases on Google algorithms. I listened to the top brass about Twitter and Instagram. I took notes on LinkedIn. Eventually, everything was mapped out, planned with military precision. We were ready.

I saw the big picture. I knew how many followers we needed to be taken seriously. I knew the milestones. This may piss off my partners, but I want to throw all that away and do things differently. 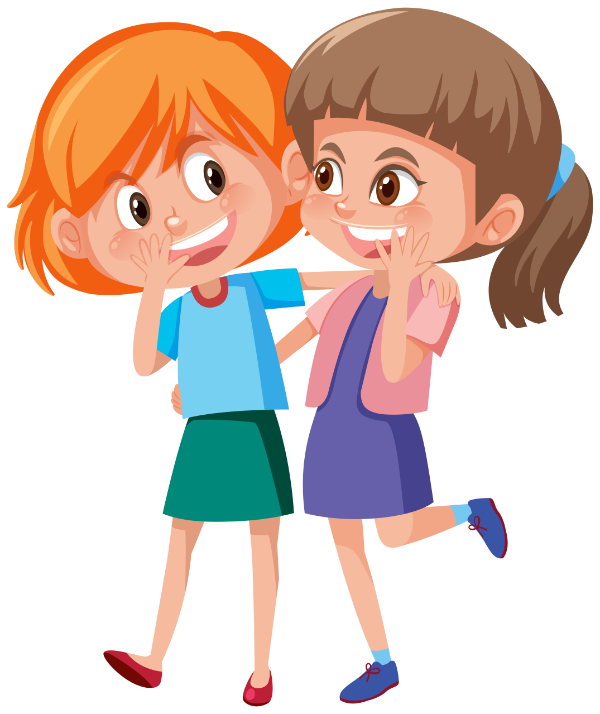 I had the opportunity to talk with several psychologists on this subject and it opened my eyes. I began to look around to see exactly how different people handled themselves and their personalities (both public and private) and it hit me like a brick in the face; start over!

I began watching the great Youtube channel of one of our users; Gerimi. He exemplifies my point perfectly. He may have (at the time of this publication) 6.54K followers, but he treats them more like friends. 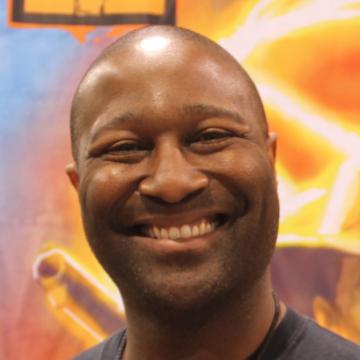 Watching his videos, you feel like part of his family. Instead of talking to his audience, he talks with them. He answers questions from his fanbase, he covers topics that they want to talk about, he helps his audience become better.

Every encounter with him leaves you feeling that much better, more accepted, and with a positive deficit.

Every time you come into contact with someone, no matter how meaningful the encounter is, it leaves you with either a positive or negative experience. Over time, those that leave you in the positive, encourage those to come back.

This attitude turns followers into fiends. Friends have a much stronger loyalty and return rate. Followers along come and go. They start off in more in the realm of curiosity. Hopefully, you can get them to try to repeat their visit.

Problem is that if you ever have a bad day, you will lose those Followers. There is nothing holding them to you. A good friend will weather any storm beside you. 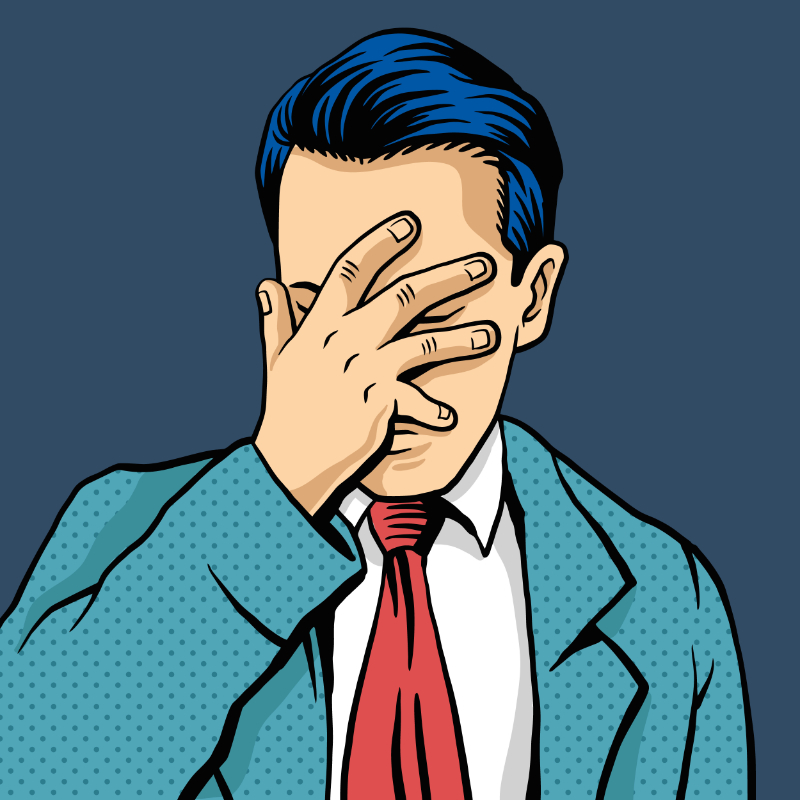 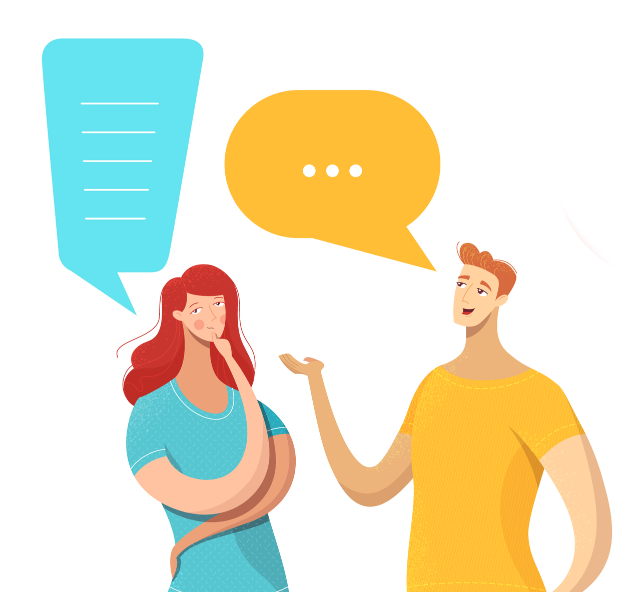 While you are still getting good with platforms such as Facebook, keep the individual in mind. This goes back to the last topic of gaining Friends. Make sure that you treat everyone as an individual.

Many will send you a request to join their various groups. No one is saying that you must join them, but take note of them. Find out what people like. Find things that you have in common. Startup conversations.

I am part of a bunch of groups for Indy Comics and Beginner Comic Artist. Reason being, I love to work with new people and see that they can shape themselves into an artist that they, themselves can look up to. 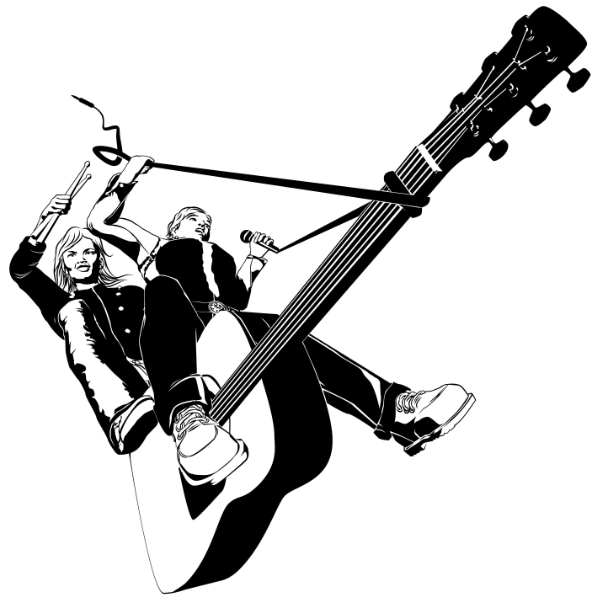 When I first started really working with Facebook and Crypto Comics, I was fascinated by some of the comments on various posts. Someone would post a drawing and others gave constructive criticism.

Coming from the grey world of Twitter, I never expected good responses to someone putting themselves out there like that.

Another thing that I noticed, those that would constantly seek out every opportunity to help others, more steadily gained friends. It might not have been the fastest way to garner followers, but it seemed to be the most effective in the long term. They took the individual approach.

They treated others like an actual individual instead of simply trying to gain a mass amount of followers. At CryptoComics, we had many meetings and messages back and forth about the number of people that follow us. We had the big picture in mind. 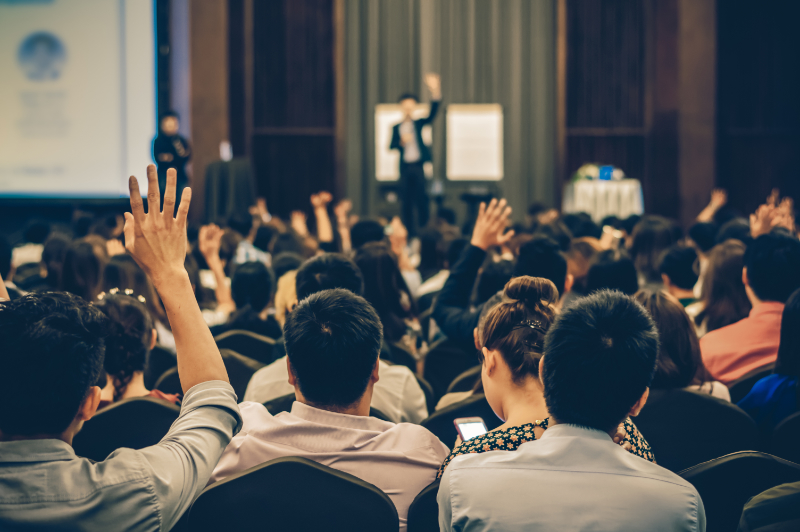 How different would it be if we had the small picture in mind instead? Take creators under our wing and work with them to become the best versions of themselves. Look at people as individuals instead of a number. Gain that loyalty to our brand so when their comic is finished, they automatically come to us without worrying about any other publisher.

I am an individual. I look at myself as a unique person. Why would I not look at you the same way?

Getting Your Comic Out There

My new answer to this age-old question is to not only put yourself out there (showing your comic on Social Media, getting your comic in front of influencers, tried and true marketing) but reach out to the fans that you already have.

Now my real answer is “Doing! Get behind people on Social Media! Build not just a network, but a community.”

Take time for your audience by working with them and giving them advice. It only takes a minute. Keep your advice positive. Show your audience that they are worth your time. They will reciprocate by giving you their time. 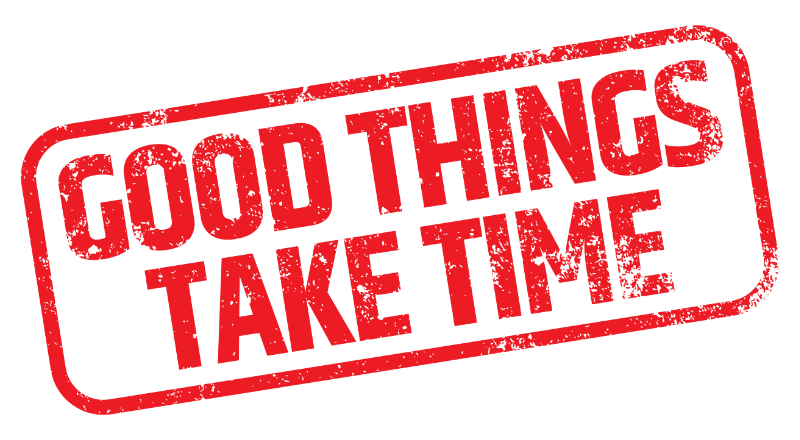 Join us on Our Social Media and say hi! Let's get to know each other. Tell us about yourself. I want to know about your hopes and dreams, goals, and about you in general. Everyone has a story to tell, what's yours?

Here are some places to find us

Some of these are still in their infancy, so please bear with us as we become more and more active on each Social Media.