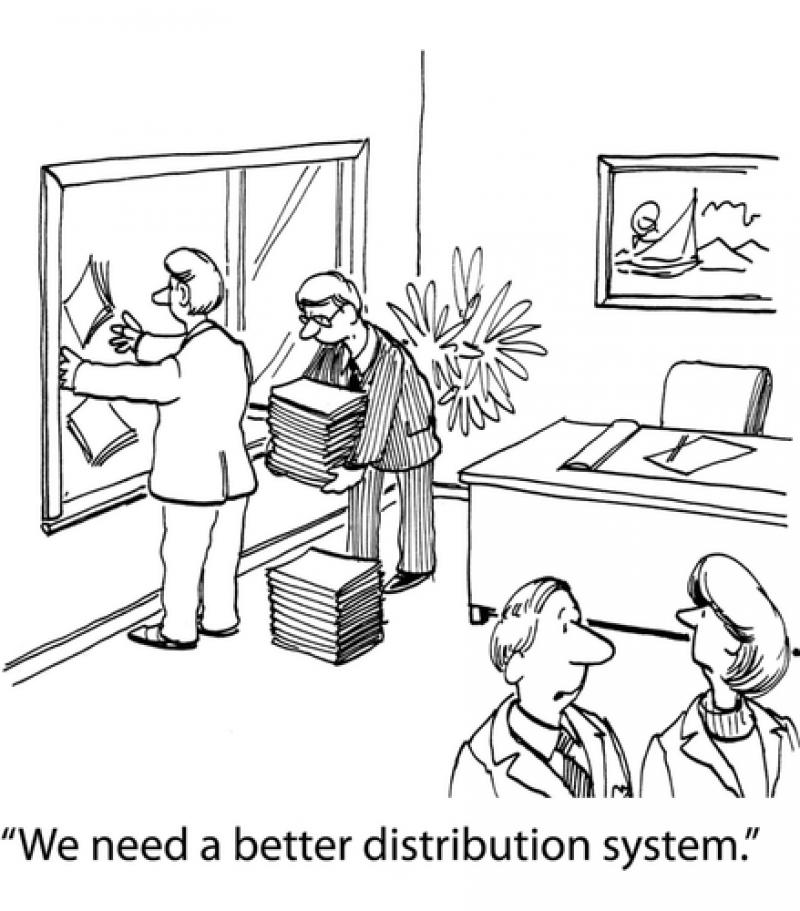 Hey there Vigilante Nation. I’m your host, M. Scott Russell. When you look at a comic, have you ever wondered how it got into your hands? Do you think of the artist, the writers, editors, the letterers? Have you ever thought about Bob? No, not our astronaut mascot, but the truck driver that brought you your first edition copy of “Cosmic Ghost Rider”? I didn’t think so.

When I got into comics, I never thought about that either.

Today I wanted to bring you a story as old as time; something swoops in to save us all but becomes a cancer that is slowly killing us. Yep, that's right, I am talking about Comic Book Distribution.

You see, comics in the ’90s were in crisis mode. 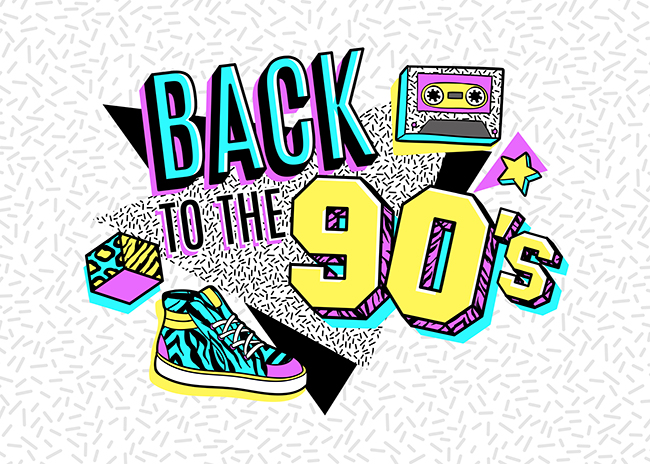 Even before that, comic distribution almost killed the industry. If you remember a while ago there was a blog post written by yours truly. You can read it here; History of Comic Censorship Part 2. There is an entire series on Censorship, but part 2 talks about the whys.

To give you a short description, the government wanted to shut down the “Teamsters” AKA mafia that was controlling the trucking industry. One of the more creative ways that they attacked them was through comic books.

The grand old Government teamed up with this supposed scientist that had a vendetta against comics claiming that they were corrupting the minds of children. They figured that if they shut down the comic book industry, it would hurt the trucking industry. Unfortunately, there were a lot more items that the trucking industry could transport other than comics. Way to go guys! 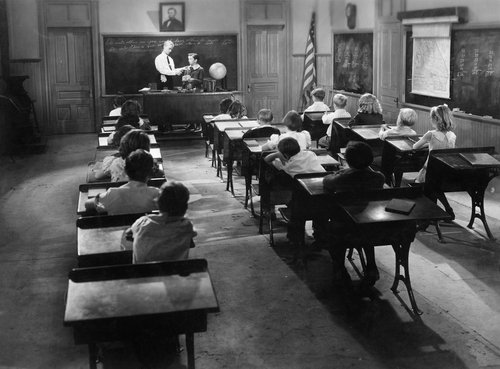 Yep, time to learn something. Back in the 50’s comics were sold EVERYWHERE! Newsstands, grocery stores, magazine racks. If there was a place to sell a magazine, you would find comics there as well.

This leads to comics selling millions of copies of a single issue being sold everywhere worldwide. In fact, one of the best selling comics of all time is still “Walt Disney’s Comics & Stories”. This sold an average of 3 million copies every month.

Now comes the TV. Yep, it rotted your brain, hurt your eyes, and destroyed comic sales. With fewer kids reading, sales went down. Now this means that Marvel (then Atlas Comics) worked with their competitors DC Comics to help distribution.

This meant that if they were distributing their own books, they could do it cheaper than the regular magazine shipping process. One of the downsides is that they could only have 8 monthly books on the shelves at one time. Oops.

This led to single characters getting mashed into many books. Think Thor’s first appearance is in Journey into Mystery #83 or Dr. Strange’s being in Strange Tales #110

Now the underground comix movement came into existence. This is also covered in the Censorship in Comic series (link above).

With the underground comix taking center stage, the choke-hold that the distribution had on the industry almost wiped it out completely.

This is why there are not too many #1 issues as opposed to today. They needed an exact number of how many to ship.

With a title like Superman, if they sold 30,000 of one issue then the next month they would order another 30,000. With the first issue, there was no way to gauge how sales would be. It was a risky gamble, so none were ordered. If none are ordered, then the publishing companies would not make a new #1 issue unless it was less of a risk.

Spider-Man first appeared in Amazing Fantasy #15 and that sold fairly well, enough that Amazing Spider-Man #1 became one of the top-selling comics of all time. The character was considered less of a risk due to the fact that his last appearance sold out quickly.

Eventually, the industry went to “Direct Distributing” in 1972 thanks to Philip Nicholas Seuling (an English Teacher and Bookstore Owner). He created a company in 1972 called Sea Gate Distribution. 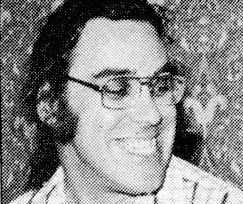 . . . it became apparent that the old method was being destroyed, with or without selling books the Seuling way, so DC, Marvel, and other companies tried it. Within a year, around 25% of all comic books were being sold via 'direct' distribution, through Seuling's company and about a dozen others, with 75% still on conventional newsstands. Within ten years, those percentages were reversed. Today, the 'direct market' is the primary market.”

Thanks to his contribution, he was given the chance to portray the voice of Fritz the Cat in the first-ever X rated cartoon. Yep, a High School English Teacher voiced an X Rated cat.

This was revolutionary. Yet, it was a monopoly until IRJAX filed a lawsuit and the government agreed. Prices increased as there was more competition in distribution.

Thanks to Ron Perelman (no, not Ron Perlman AKA the only "real" Hellboy) buying Marvel, prices were raised from $1.00 to $1.25 and would go up by a quarter every few years. He also wanted to dominate the industry by publishing 50 titles to 150 separate titles every month. 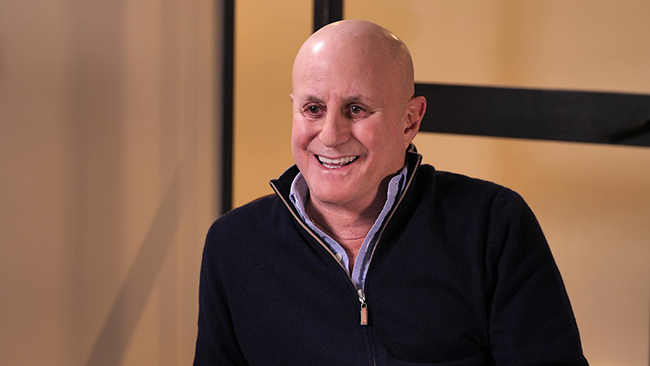 This led to the rise of “Super Star” artists like Jim Lee and Todd McFarlin. It also gave us the gimmick. In order to stand out, variant covers came out, foil covers, hologram covers, and so on. How else are you going to get your comic to stand out on the newsstand?

They were expected to become as valuable as their predecessors. The problem was the comics of the past became valuable because of their rarity thanks to poor distribution, recycling, and very few #1 issues. Go figure.

This left Diamond Distribution and Capital Distribution to become the only distributors. Then the final blow, Diamond purchased Capital. Now we have another monopoly. Great call guys. This is still in effect today.

When Diamond purchased Capital distribution, Capital had warehouses of past issues that they couldn’t sell. The entire inventory was donated to the Milwaukee Fire Department and was used to start fires that they would practice putting out.

I want to cry.

Back to Our Story

The government decided to look into if Diamond had a monopoly in the industry, you know, being the only comic book distributors out there. The government said no because Magazine could be distributed elsewhere. Even I am at a loss to figure this one out and I think I’m creative.

Diamond now has a monopoly and only distribute to comic book stores (the main place comics are sold). Regular book stores such as Barns & Noble had comics but not your typical “American” comics.

In swoops Diamond with a new distribution arm to cover those stores as well. This also hurt the comic stores as they were not the only place to get your favorite superhero stories.

It’s strange, in an industry dominated by heroes, we often have to ask “Who will save us?”

Who can challenge the mighty Diamond? Well, 2 guys from back in the day by the name of Robert E. Kahn & Vint Cerf. Yep, the fathers of the internet. 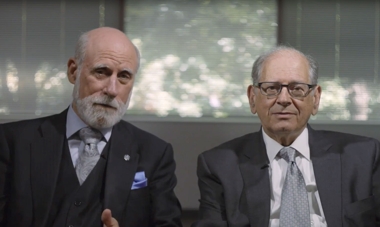 Online comics are the wave of the future. Before you start with the Stan Lee quote “Comics are like boobs. Great to look at but there is nothing like holding them in your hands.” let me explain something.

With online distribution being limited only to your ability to market yourself, this removes companies like Diamond from the equation completely. Now, you can get your Batman or Spider-Man fix directly from their main online distributors (ComiXology).

Then DC did something bold. They created their own comic platform. Unfortunately, it didn’t catch on like they thought it would. They put WAY too much money into the development of their own platform and for what little perks it had.

Most people stuck to ComiXology.

Why the High Price for a Digital Comic?

Let’s think about this. A digital comic on ComiXology is the same price as the print version. The digital does not have the same overhead of print, distribution, or the salesman. So, why the higher price. Shouldn’t a digital comic cost FAR less than their print counterpart? Plus the fact that you don’t own the comic, you are buying the right to read it only.

Don’t believe me, sell me your copy of the latest Superman that you just bought from ComiXology. Ha! You can’t. We’ve discussed this at length in the past.

What about the Indy Comics?

Most kept to themselves. Smaller publishers popped up but mainly if you wanted a webcomic, you had to go directly to the website created by the artist/writer.

Digital distribution still has a lot of room to grow. What’s the next step in digital distribution? How do we bridge the gap between comic publishers and readers? How do we keep the comic stores intact and still have a digital presence? Is there a solution to the current problems!?!

Once again...Who will save us?

If you are here then you know the answer. Duh, it’s us.

With us, a comic publisher can sell it at a significantly reduced price and still make a higher amount without having to pay such a high price to distributor.

An Indy publisher can create a comic and get it in front of the right audience to maximize your profits and time.

For more info on this check out some great info on the Comic Bucks system so you can really start to turn your love of comics into an enviable collection!

Also, check out the Marketplace as we give you the best of the best. And until next time, stay frosty out there.