The Fan Becomes a Creator

by Lindsey Winsemius - Posted 1 week ago

Geo Licciardello, AKA Geoffrey Thomas, started out as a fan of Dreamkeepers series by Vivid Publishing. He wrote a novel based in the Dreamkeeper universe, and Vivid Publishing accepted the novel and published it.
We sat down with Geo to talk comics, writing, and how writing Wayward Astronomer changed his life.
CC:  How did you start writing Wayward Astronomer?
GEO:
I joined the forums for the dream keepers community. There were some artists there and I'm like man you know I'm thinking about this character idea that would live in
this world one of the artists is like yeah give me your ideas I'll sketch them out for you. So I actually worked with this artist and and she helped design Hal who ended up being the protagonist of Wayward Astronomer and once he was had like visual life my mind started getting all these ideas. Like who is he? What's his job like? What's his background like. What does he do with his life?
I started writing wayward astronomer without even really trying to write a book.
What started as sort of a character experiment turned into a full-blown story and it changed my life in a lot of ways.
CC:  What helped you decide to turn the ideas into a published books?
GEO:  I actually posted each chapter to my deviant art account and I wasn't getting like millions of views or anything like that but i would actually get a couple comments and
they were very positive. I remember specifically, I was a couple chapters in, I'm just playing with this character. Is this turning into a thing or not? A couple people that gave me really positive encouragement, saying I want to know what  happens next and that was kind of like the moment where I realized Oh wow, people actually care about this. This is a thing that's real.
Watch the video to learn more about Geo and Vivid Publishing!
A huge thanks to Geo and his guests for taking the time to talk about his novel, graphic novels and comics, and for being part of our community!
Check out Wayward Astronomer in the Marketplace, and follow Geo on Twitter. 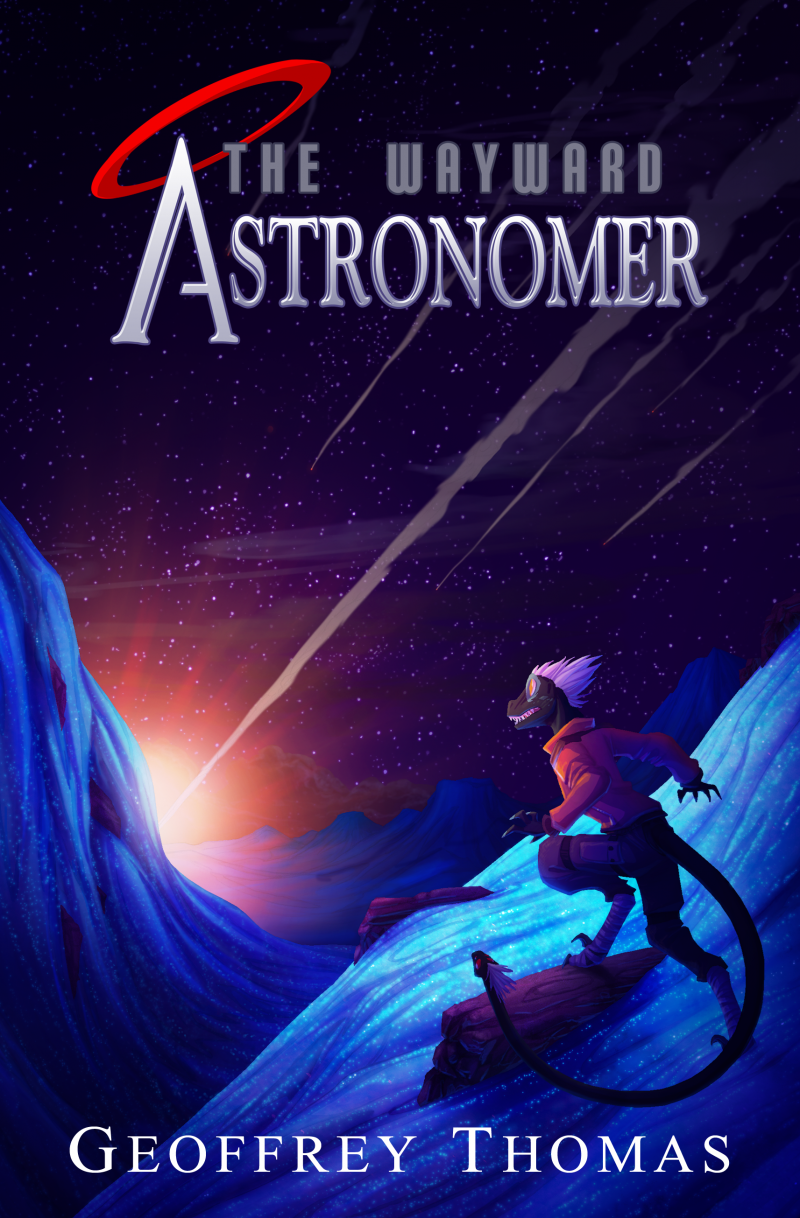