Death Dwells is a Killer now on Kickstarter 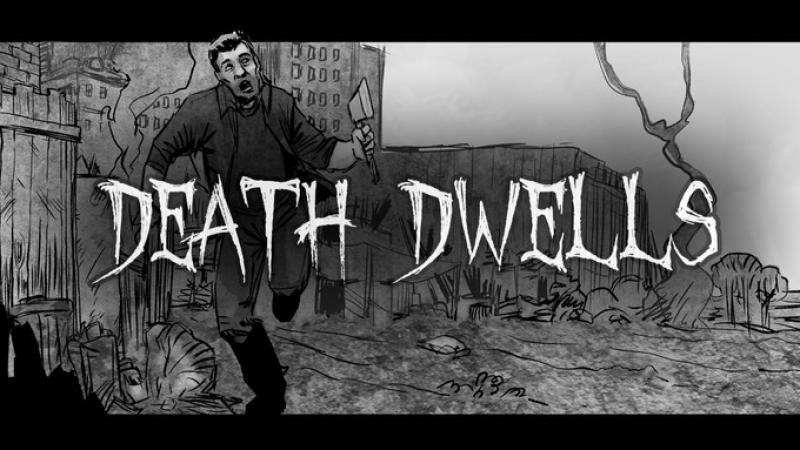 Tom Rapka of T3 Comics is finishing the reboot of Death Dwells, a zombie horror with government conspiracies and more!  Support him on Kickstarter for your chance to get an exclusive variant cover that is limited to supporters only!
This special cover will ONLY be in a DIGITAL Version with a very special variant cover done by the great TIM VIGIL, cover artist of Swampthing. This cover is limited to ONLY CryptoComics and will be limited to the number of Kickstarter backers that choose that tier level and above!  You'll have to visit the Kickstarter page to see the cover, since its a little graphic for young viewers and our Marketing Director, Lindsey, won't let me post it.

Tom Rapka is a good friend and an even better creator. I first met him during the CouchCon on Ice 2020 edition. He was a great panelist and had a lot of advice to give. It was after the panel that I really got to know him.

We sat there chatting for quite some time. This guy is seriously down to earth.

When we heard that his remastered project Death Dwells was heading to Kickstarter, we jumped at the chance to talk to him some more. He came on our “How To” to talk about how to take an epic script and break it down into single issues. See the video below.

During our New Years’ 4 Time Zone party, he actually released the project live on our show.

Now it’s time to actually talk about his Kickstarter. It’s such an amazing project that I can’t sing praises loudly enough. Check out the story below.

Written and created by Tom Rapka of T3 Comics, Death Dwells is a story following a man, Eric Sheu. As he wakes up in the middle of a lockdown from a pandemic, Covid has mutated and he realizes things have gone totally different than he or ANYONE expected.

He also believes that his own government has something to do with it. Follow Eric as he makes his way to his loved ones and tries to uncover what has really happened to his home and city, where most people have gone, and as he learns that ZOMBIES might not be the only thing out there after him! Wrath itself is waiting... 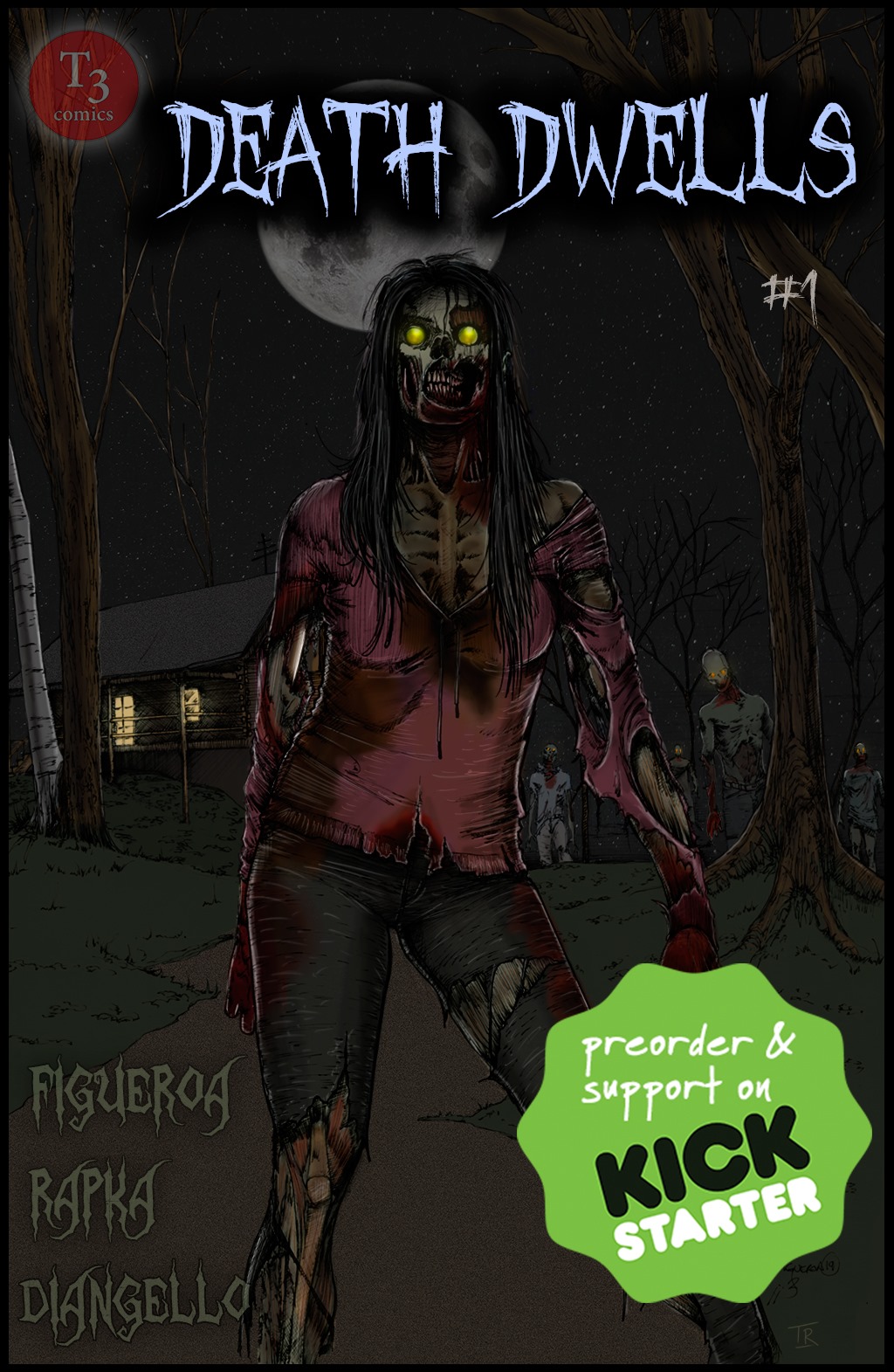 What started as a joke comic book only a little over a year ago, just for fun while Tom was creating "The Book of Sarah #1". His LOVE of zombies and horror from his background in horror makeup effects in college and music playing in Black Metal and Crust Punk bands along with his change of life while finding God, Tom had a dream about an end of the world situation.

"After the original Death Dwells came out and was printed in my hands, I realized I wasted time, money, and my stories." So Tom took this book and breathed some fresh air into it and a story bigger than any single series T3 comics had. 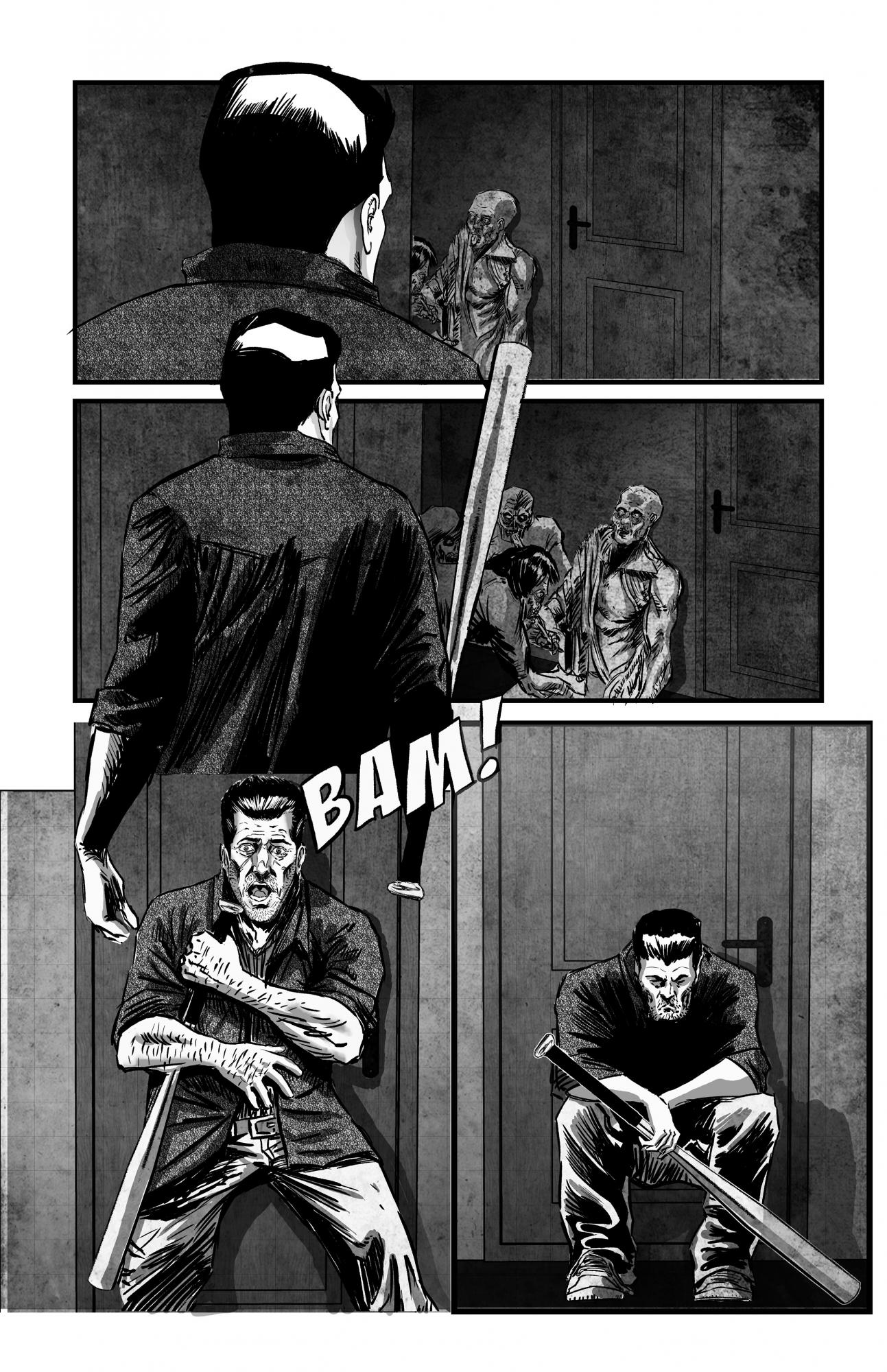 Tom decided to make this one of his BIGGEST life goals. The 7 books of horror each one representing 1 cup of wrath poured out in Revelation and the END TIMES from the Bible. No matter if you are religious or not, this story is sure to make the hair on your neck stand up! 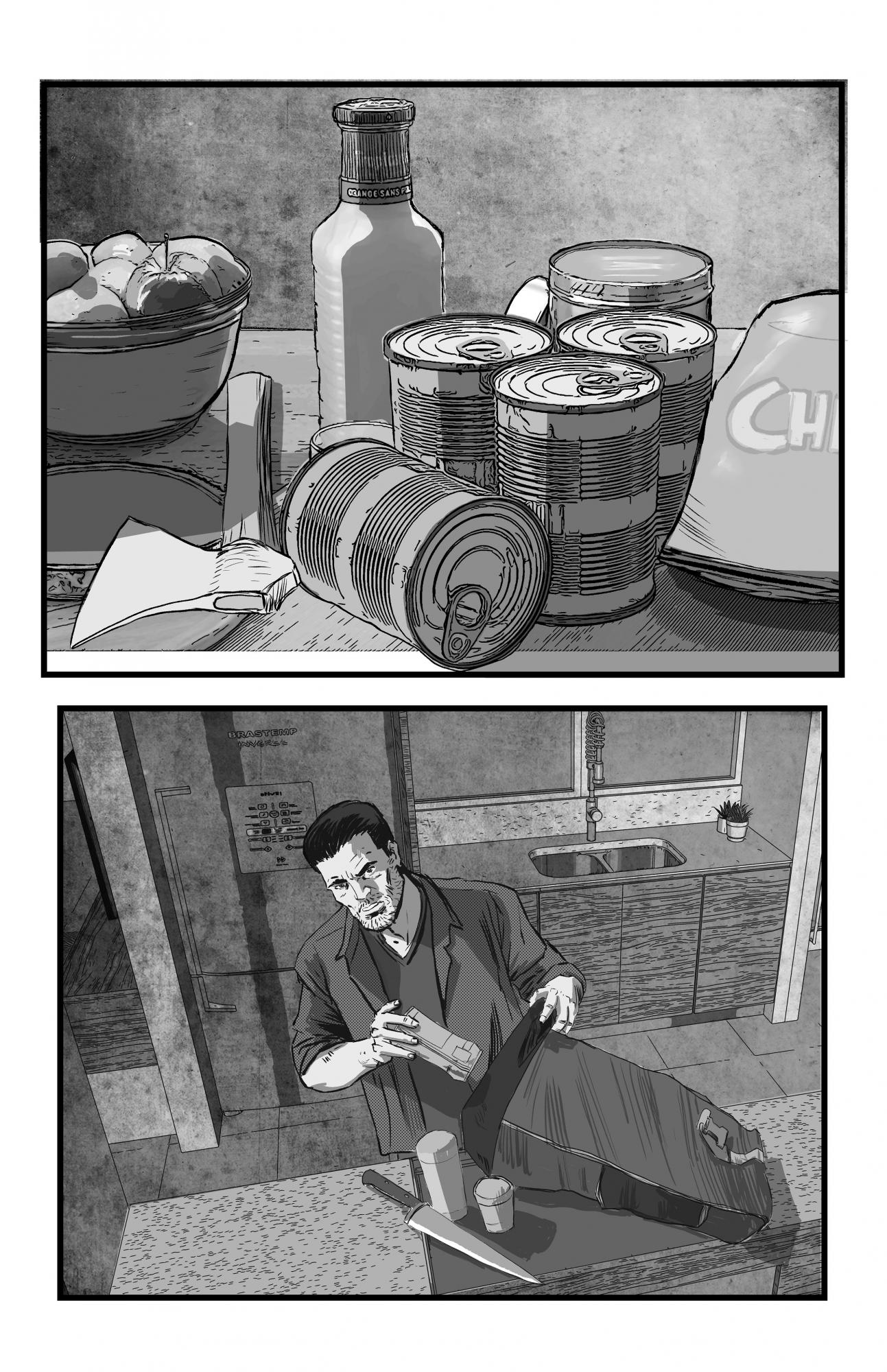 The end is here, but it's going to open up some possibilities no one ever saw coming!

You can find this dark tale on Kickstarter now. 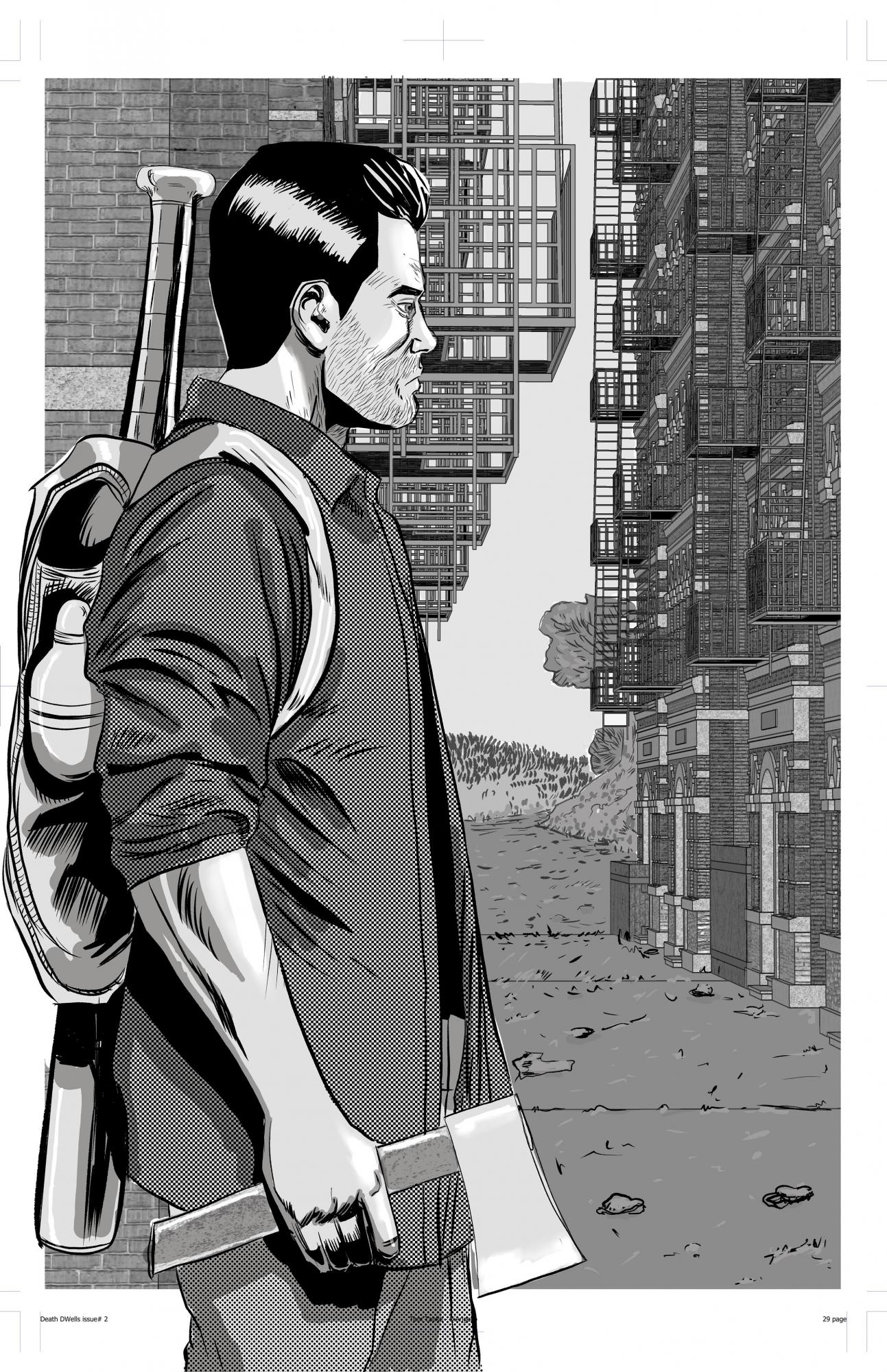